The upcoming TicWatch Pro 3 listed on Amazon U.K. with a price tag of £299.99 (~Rs 29,300/$400). The listing also reveals an estimated release on October 1st. Later on, the listing was replaced by a model called TicWatch with a higher price for £399.99 (~Rs 39,000/$534). The new listing is currently live and shows a release dated November 30 instead of October 1st in the previous listing. This new model TicWatch is currently available for pre-order. 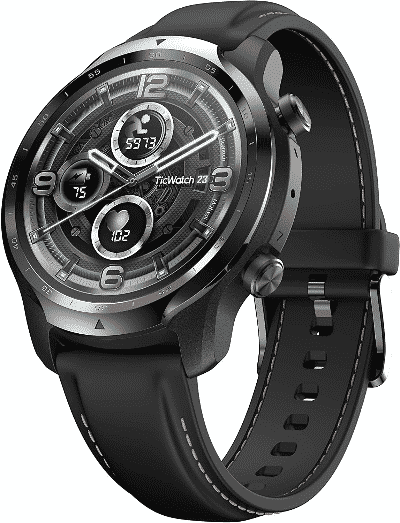 Back in June, Qualcomm announced the Snapdragon 4100 and Snapdragon 4100+ chipset. During the announcement, Qualcomm said that Mobvoi would be the first to launch a wear OS smartwatch using this new SOC. Now, this Amazon listing hints that upcoming TicWatch Pro 3 will be equipped with Snapdragon 4100 chipset.

Qualcomm promised for improved battery life and more features in these new chipsets. The regular 4100 still uses modern 12nm manufacturing process while only 4100+ has an upgraded co-processor which makes it more responsive and low-power usage in heart rate monitoring.

As of now not much known about the TicWatch Pro 3 but we expect to get more details soon.