Verizon HTC 10 3.18.605.13 Android 8.0 Oreo OTA Update (US): Finally, Verizon wireless has started rolling out the official Oreo update for its HTC 10. The latest update comes with software version 3..18.605.13 and is being rolled out in the US via OTA (over-the-air).Only users HTC 10 on Verizon Wireless will be getting the update.

This is a major update and brings Google‘s January 2018 security patch, it is highly recommended to install the update.The update comes with many bug fixes which were present in the previous build.It also brings stability and performance improvements to the device.

As the latest 3.18.605.13 firmware update is based on Android 8.0 Oreo, all the Oreo features will be available to the users.The update also brings the latest version of HTC Sense UI and loads of extra features which will make the device perform well. 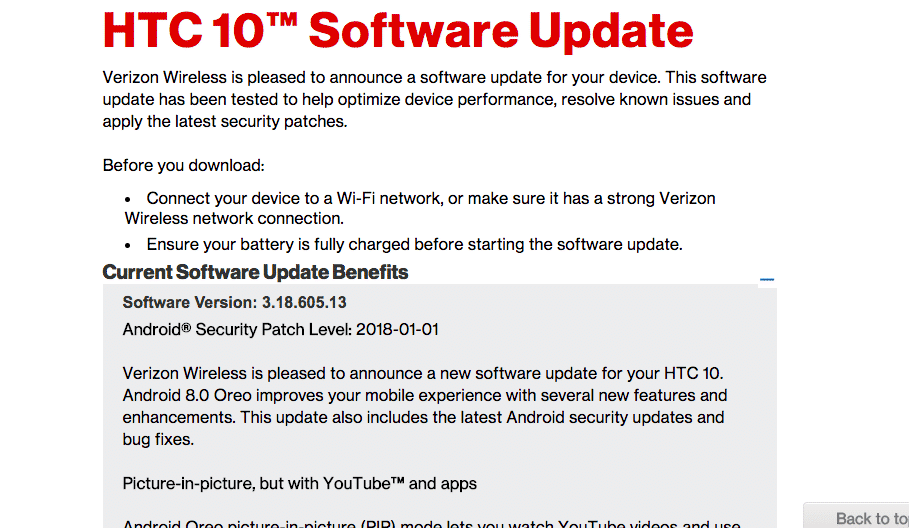 If you own a Verizon HTC 10, then you may have already received the HTC 10 Official Android 8.0 Oreo OTA Update.You can manually check for the update by going to Settings » About phone » Software update, then check for update.If there is no update showing on your device, then wait for few days for the update to come to your device.