Vivo iQoo 3 is going to be released in India on 25th of February 2020. Most of the specs of the device have been leaked and now an Antutu benchmark result has confirmed the internals of the device. 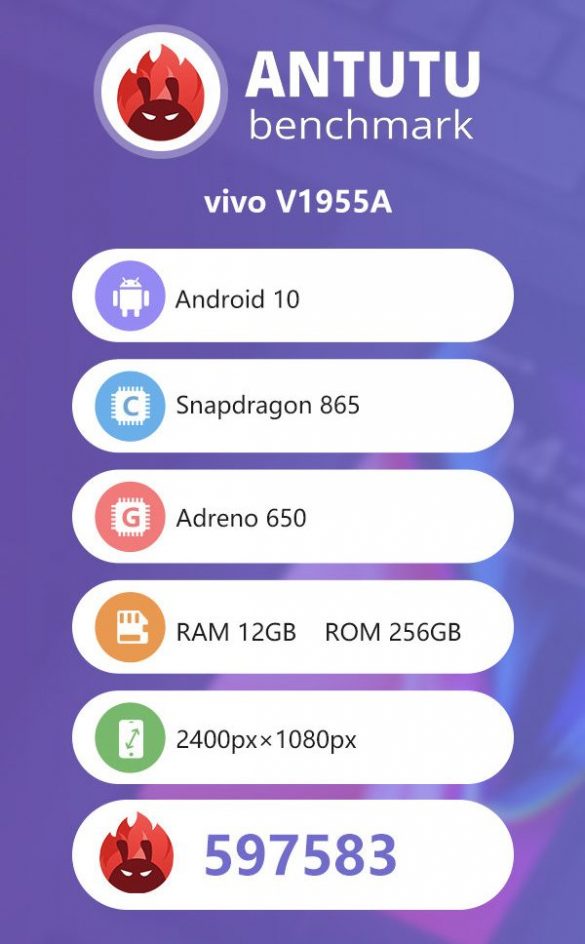 The new Antutu listing once again confirmed the previously leaked specs of the device. The listing shows that the device will have a 2400 x 1080 px display, Snapdragon 865 SoC, Adreno 650 GPU, 12GB RAM and 256GB native storage. The device will be running Android 10 out of the box.