A new Xiaomi device with model number M2007J1SC has been spotted on the benchmarking platform Geekbench 5. The device is rumoured to be the upcoming Xiaomi Mi 10 Pro Plus.

Xiaomi M2007J1SC is expected to launch in August. As per some sources, this device could be called Xiaomi Mi 10 Pro Plus or Mi 10 Pro Max. Now coming to the Geekbench result, the device has scored 903 points in the single-core test and 3233 points in the multicore test.

According to the Geekbench listing, the device is being powered by a Qualcomm 865+ SoC with a base frequency of 1.8GHz coupled with 12 GB of RAM and It runs Android 10 mobile Os. 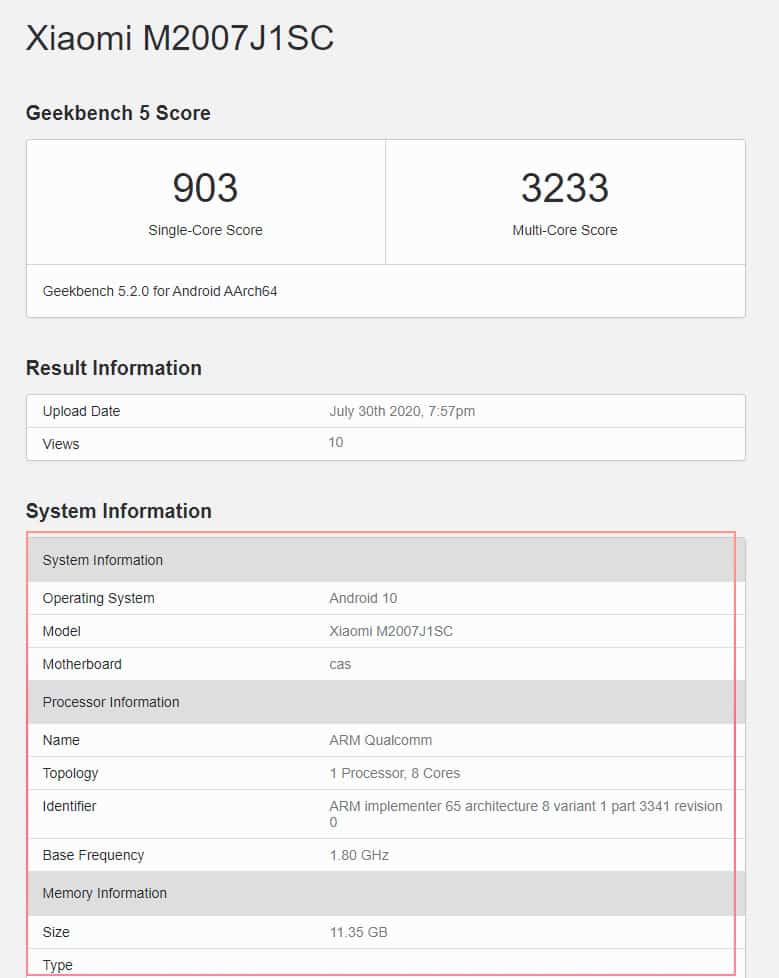 This is not the first time we are seeing the device on the internet, a few days ago the device was spotted on AnTuTu benchmarks. The device has scored 687,422 points in the Antutu benchmarking test.

There are no official details available about the device yet but as per some previous rumours, the device could come equipped with a 6.67-inch curved Full HD+ AMOLED display with up to 120Hz refresh rate.