The Chinese manufacturer Xiaomi is stepping ahead towards launching an upcoming device called Xiaomi Mi 10. Now, according to the Xiaomi Product Director, Wang Teng Thomas, has confirmed that the handset will come with all-new LPDDR5 RAM technology.

Whereas, another sibling Xiaomi Mi 10 Pro will be also equipped with the latest LPDDR5 RAM. It will simply give a performance boost and RAM management to the next level. Therefore, the Mi 10 series users will get an ultimate powerpack performance and that’s how it will become the first-ever smartphone to have an LPDDR5 RAM.

Now, if we go to the deep inside, Micron Technology is an American computer memory & data storage manufacturer. Recently, the company has announced that the mass production of the world’s first low-power LPDDR5 DRAM chip for flagship smartphones has been started officially. Though, Samsung Galaxy S20 is also on the list and may come with this next-gen powerful RAM chip. But it seems that the Xiaomi Mi 10 can be the first one to do that. 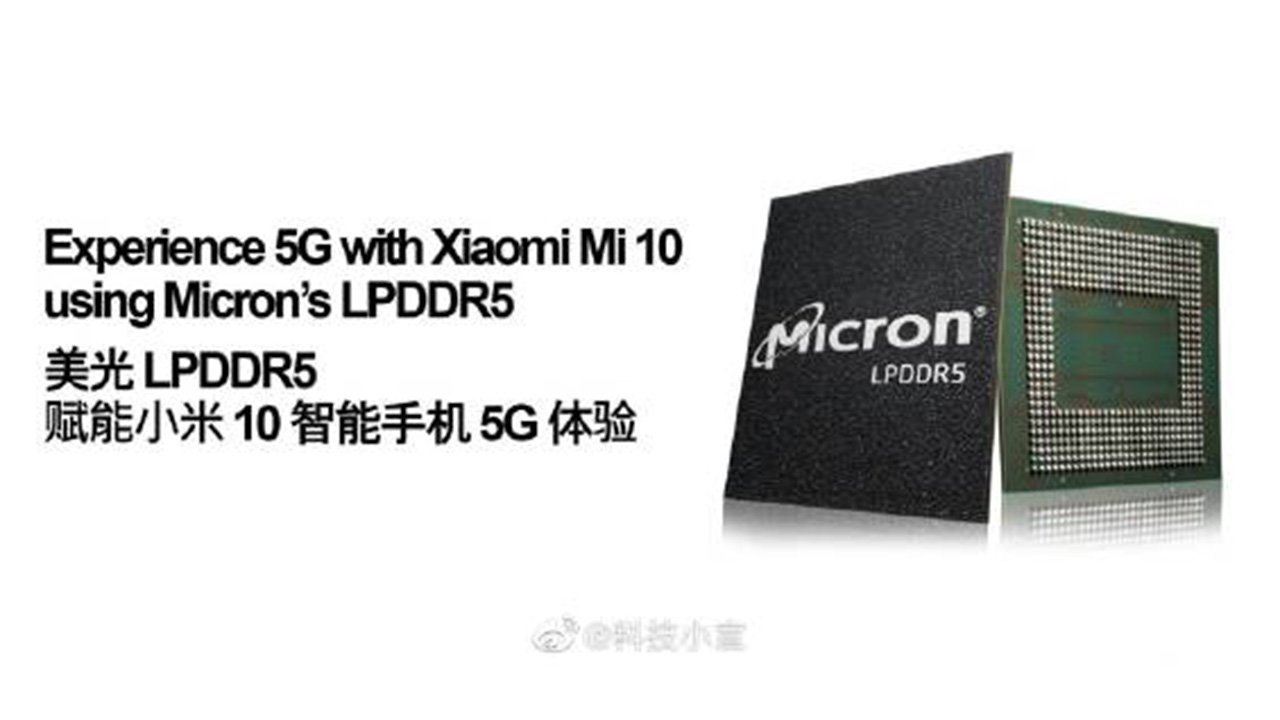 In terms of the RAM variant, the Micron’s LPDDR5 may come with 12GB of RAM variant for the devices. It has a low power mode that offers the transmission rate up to 6.4Gbps. While the memory performance is 20% faster than the LPDDR4x RAM variant. The read & write speed should be more than 50% than the previous generation.

Most importantly, it will consume 20% less power and boost battery performance by up to 10%. This RAM can be used for 4K or 8K video editing, heavy application task, and can run 100 apps simultaneously without any glitch or bottleneck.

Still, we should wait for more info and news updates. Keep visiting this blog for more details.