A new budget ZTE device with model number Z2335L has been spotted on the WiFi Alliance. The listing revealed some of the specifications of the device.

According to the listing, the upcoming ZTE Z2335L will be running on Android 10 out of the box.  Surprisingly it only supports single-band 2.4GHz WiFi which means it is going to be an entry segment device. 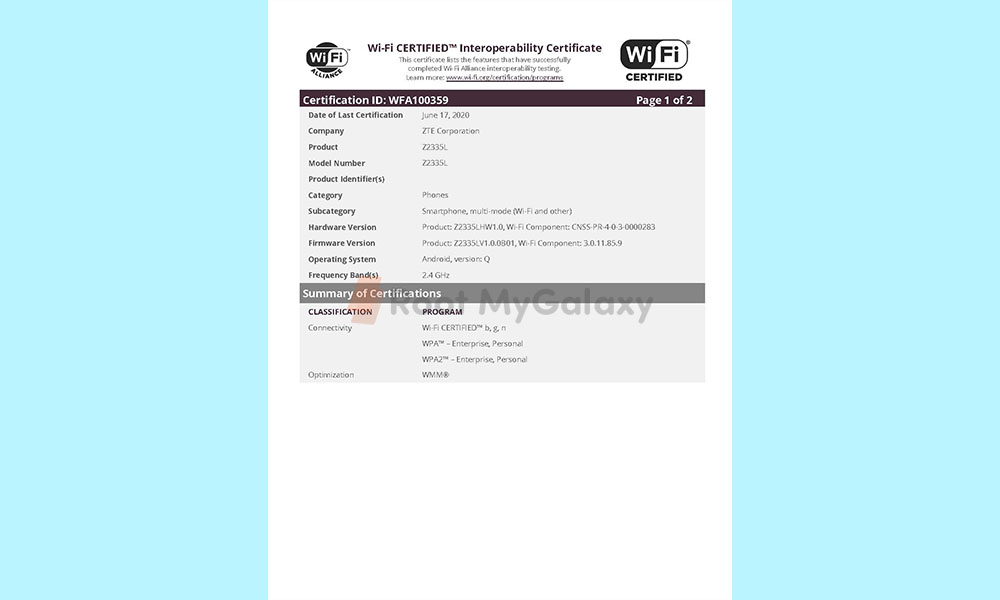 It can be seen that the budget ZTE device is running on firmware version Z2335LV1.0.0B01. Sadly, no other information about the device is revealed. We hope in the coming day, we will get some official news regarding the device.