Earlier this week, we spotted the Motorola XT2091 with a 6000mAh battery and 20W fast charging. Today, another Motorola device with 6,000mAh battery appeared on the TUV Rheinland certification. Have a look at the certificate. 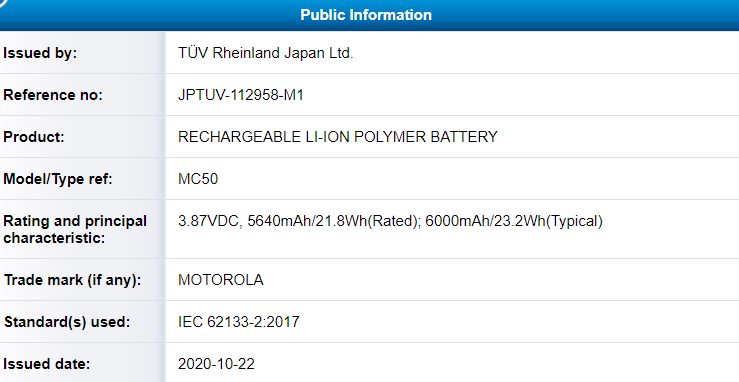 The battery has been listed on TUV certificate with model number MC50. As per the listing, the battery has a rated capacity of 5,640mAh and a 6,000mAh of typical capacity. So, the device will be marketed as having a 6,000mAh battery. The certificate fails to reveal any more details of the smartphone.