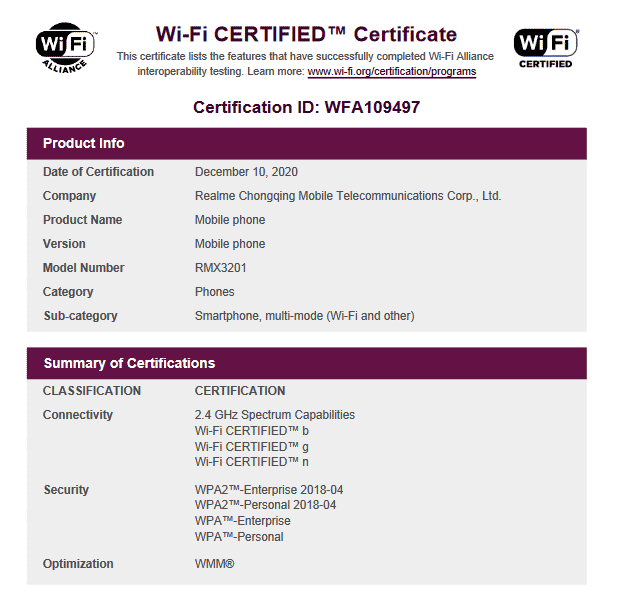 The Realme RMX3201 has Wi-Fi n/b/g connectivity. Based on all these details, we speculate that this new Realme smartphone belongs to the budget segment. The certification fails to reveal any more details. The marketing name of the Realme RMX3201 is currently unknown.

Seems like, Realme is also in the works to add smartphones to its next year’s portfolio, as all other major companies are doing. So, this new Realme smartphone might launch next year. Details are very few now, but we can expect more details to surface online soon as the device gets more certifications.