OnePlus is going to launch OnePlus 8 series device in a couple of weeks from now and we have been getting loads of rumours and leaks about the devices. A few days ago we got a leak which reveals the specification Of OnePlus 8 Pro and now a Geekbench listing has revealed some of the key specs of OnePlus 8. 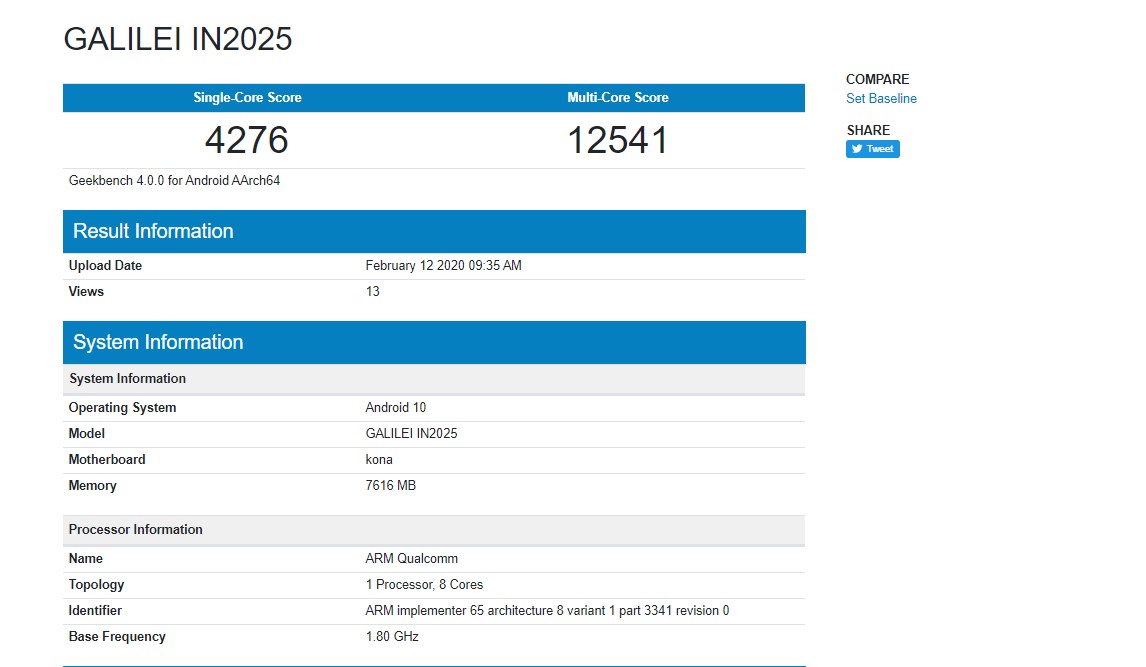 The listing has also revealed some of the internals of the devices. The device will be powered by Qualcomm’s Snapdragon 865 chipset coupled with 8GB of RAM. The base frequency of the chipset will be 1.80GHz. The device will come with Android 10 out of the box.