Android 11 is the latest and successor version of the Android 10 that was launched last year. So, the Android 11 (R) is definitely a huge improved version that offers so many additional features and some other improvements. It also includes a visual improvement in the whole UI that users will love to use as a daily driver. But talking about the AOSP Custom ROMs, they don’t come with Google Apps preinstalled except for the Pixel Experience ROM.

So, if you want to install and start using the Android 11 custom firmware on your Project Treble device (Android 8.0 Oreo or higher) then you have to install the Android 11 Gapps package as well after flashing the custom firmware. Otherwise, you won’t be able to use Google-based applications like Gmail, Google Play Services, Google Play Store, Google Maps, Phone, Messages, Digital Wellbeing, YouTube, Calendar, Google Keep, Photos app, etc. 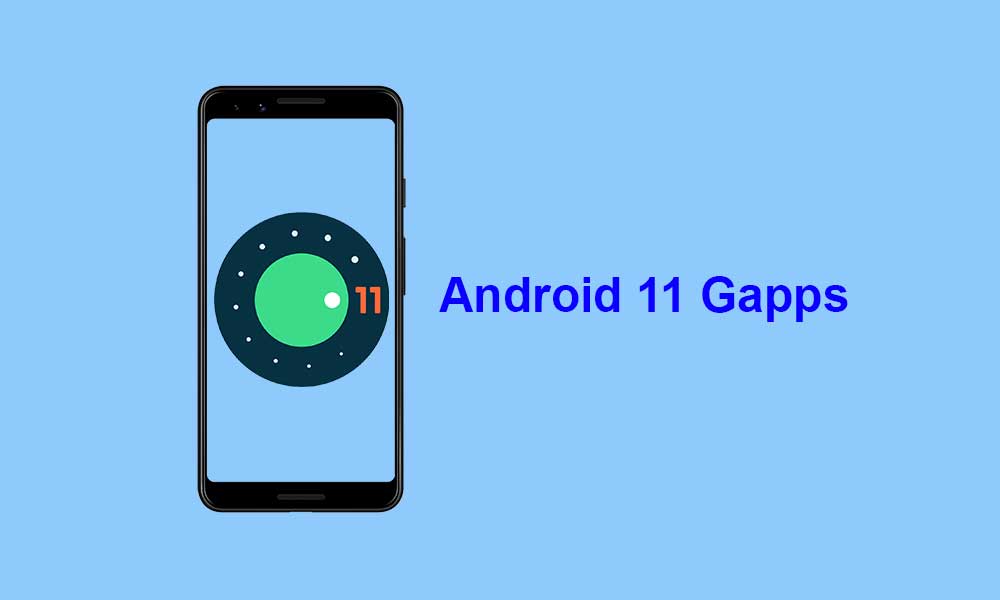 It’s also worth mentioning that all the interested Android lovers can also flash the Android 11 GSI build on their Project Treble compatible devices without waiting for the official release from the OEM. That means if your device is running on the Android 8.0 Oreo or above, you’re eligible to install the Android 11 GSI to get all the stock features than anyone else.

As the APK will work perfectly on the Android 11 running devices, you should manually install the APK file.

We have prepared a list of all the Android 11 Gapps which would work perfectly for you after you install the custom ROM. Now, there are most of the builds are still a development stage. Therefore, it’s recommended to take a backup before doing anything.

How To Install Android 11 Gapps

Some F&Q Related to Android 11 Gapps

Ans: You can download Gapps from the Open Gapps site or you can just go our Gapps section

Ans: Gapps are the apps developed by Google and comes with most of the Android smartphone. For example Google Assistant, Gmail, Google Keep, and Gmaps.

Ans: Check which Android version your phone is running (Custom ROM). For Example, If the device is running Android 10 then download Android 10 Gapps.

Ans: If you are using a Custom ROM and have a custom recovery, then you can flash the compatible Gapps any time via Custom recovery.

Hope this guide will be helpful to you. If you have any issues, ask in the comments below.