In this guide, you will learn How To Safely Disable Force Encryption and Decrypt Nexus 6P.It is a very simple and easy guide.Just follow full Step by step guide given below.

Google has released its two nexus smartphones and one of them is Huawei made Nexus 6P and it is also the flagship android smartphone from google for 2015.If you have a Nexus 6P or if you are an android geek then you probably know that Nexus 6P has forced encryption enabled.It basically means the device will automatically encrypt itself on first boot.

Google did this from the security point-of-view, but if you’re planning on installing TWRP later, then you’re going to have trouble with decrypting Nexus 6P from the recovery.TWRP doesn’t support decrypting yet on Nexus 5X and Nexus 6P.

How to Disable Force Encryption and Decrypt Nexus 6P 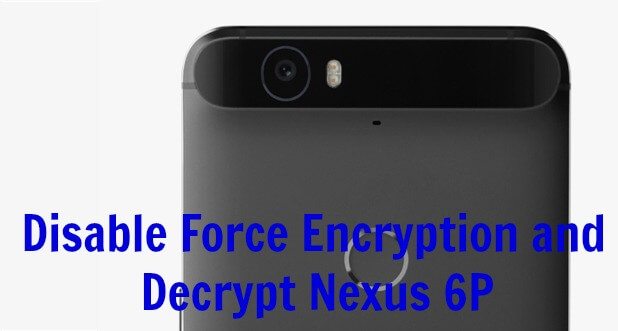 That’s all. Your Nexus 6P won’t encrypt automatically.Remember you can still voluntarily encrypt your phone from Settings » Security » Encrypt phone.