Updated On Mar 8, 2017- Learn How to Downgrade Galaxy S7 and S7 Edge to Android Marshmallow 6.0.1 from Android Nougat 7.0 : After the sorrowful decline of the beloved Galaxy Note 7, the two best smartphone choices that Samsung has to offer as their flagships until 2017 rolls in are the Samsung Galaxy S7 and the Galaxy S7 Edge. Both the devices sport a great display, amazing specifications, one of the best cameras around, and also the latest version of Android. If you’ve followed our guid to upgrading your Galaxy S7 or S7 Edge to Android Nougat 7.0 officially, then you might be living the best possible life with your smartphones.

However, something else important that we’ve mentioned in that guide is that the firmware is a leaked official one. This doesn’t mean it isn’t from Samsung officially, but just that it is still in Beta. This means that many bugs are yet to come. Samsung decides to roll out the final build for Android Nougat for their flagships by the end of 2016, but they’ve opened a beta program anyway, which is where the leaked file has originated from. So, it doesn’t really matter if you’ve upgraded from our definite guide, or using the official slow OTA update, this guide might interest you as well.

The reason as to why you might want to know How to Downgrade Galaxy S7 and S7 Edge to Android Marshmallow is because there might be all sorts of bugs, ranging from small, negotiable bugs, all the way up to big unexpected bugs. Whatever is the case, you’re here to downgrade your flagship to Android Marshmallow, and we’ve got you all covered!

How to Downgrade Galaxy S7 and S7 Edge to Android Marshmallow 6.0.1 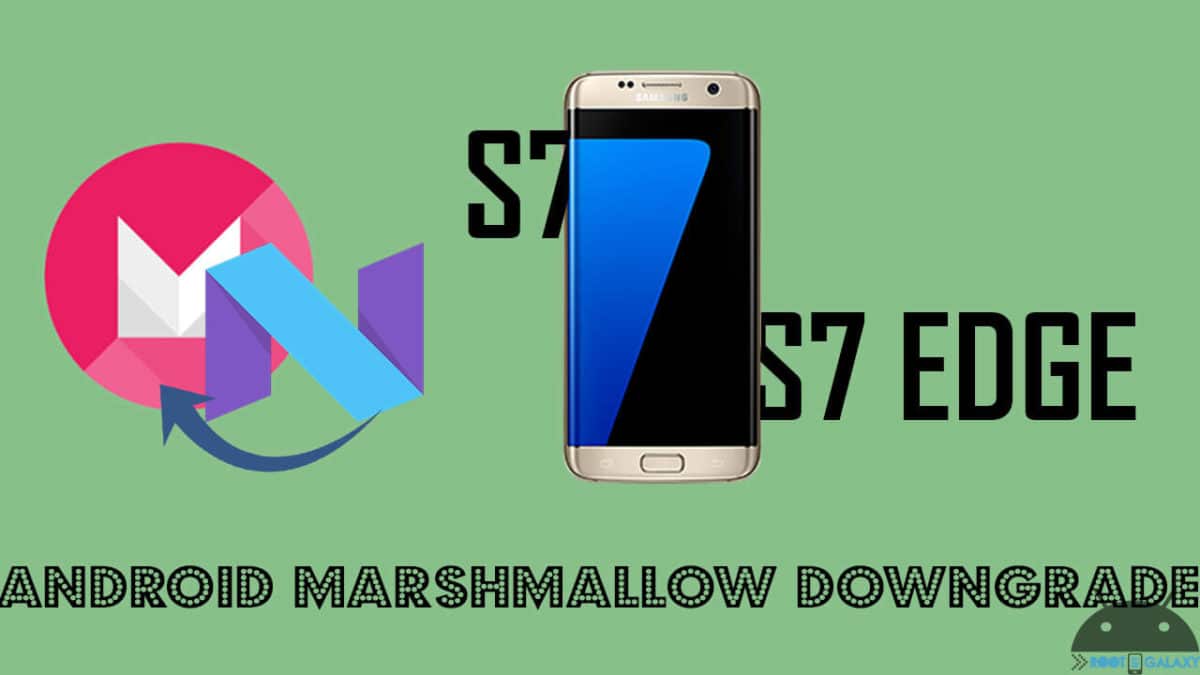 Good going! If you have followed all of our guides properly, then you will have no issues downgrading! If you still have any queries on How to Downgrade Galaxy S7 and S7 Edge to Android Marshmallow, feel free to refer us in the comments section below. 5 thoughts on “How to Downgrade Galaxy S7 and S7 Edge From Android Nougat to Android Marshmallow 6.0.1”