Download and Install Android P Developer Preview (DP1) | Android 9.0 Factory Images: Finally Google, as started rolling out the developer preview of an upcoming version of Android which is Android 9.0 or commonly known as Android P.This year Google has released it earlier and all the Pixel devices, has received the update.

As the name suggests, Android P is the 9th generation of Google’s Android Os. There are some extra features added to this newer Android version. This is the first Developer Preview so there will be some bugs but these will be fixed in the coming updates. With time Google has improved its mobile Os and now the latest Android 8.1 Oreo is very polished. Google will try to make it better in Android P.

Google’s Android P DP1 comes with some new features and improvements. If you own Google’s Pixel, Pixel XL, or Pixel 2 and Pixel 2 XL, you can install the Android P Developer Preview (DP1) | Android 9.0 On your device. We will be sharing the factory images and installation guide so don’t worry about that. 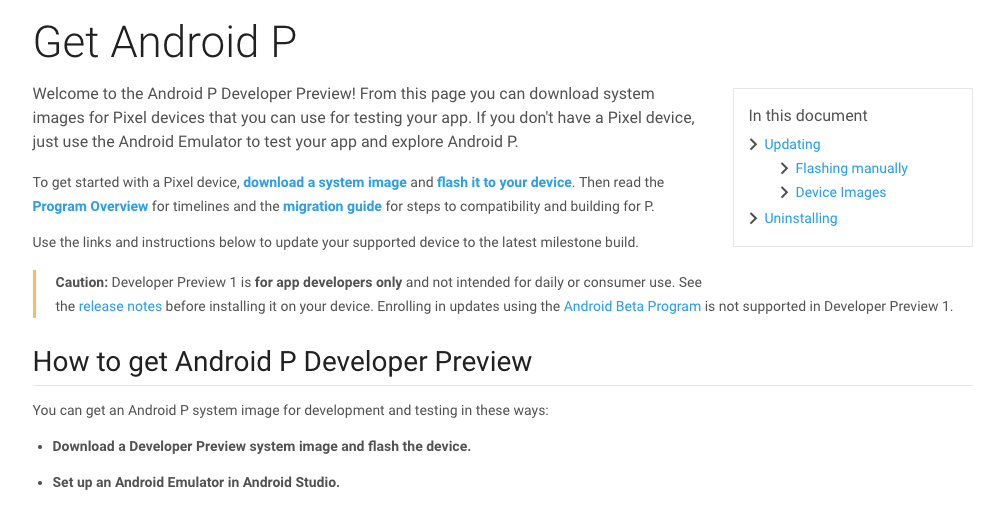 If you want to flash the full firmware files/factory image (like in the download section above), follow this guide > Steps To Install Android P 9.0 Developer Preview 1 On Pixel Devices (Similar Steps)

If you want to flash the OTA Update Only then follow this guide > How To Install OTA Firmware Updates Using ADB Sideload (Only for OTAs, not for DP1)