[APK] Download Android 10 Launcher also known as Pixel 4 Launcher: Google has recently released the official stable build of Android 10 for the Google Pixel devices. There is already an AOSP ROM based on Android 10 available for various devices. The Android 10 comes with a new fresh launcher like all previous Android versions.

If you want to get the Android 10 Launcher on your device, then we have got you covered here. Just follow the steps mentioned below to easily download and install the latest Android 10 launcher which will come with Pixel 4 as well on your device.

Many tech reviewers are saying Android 10 is one of the best Android Versions of all time. After so many Android updates, Google has done a complete design change to the UI. If you liked the new Android Launcher from the stable builds of Android 10 and want to get it, then you have landed on the right page.

With every major Android update, a new Android launcher is added. The new Pixel 4 launcher is added to Android 10. The previous Google launchers are very much similar to each other, just some little features were added. But this time users will see a new overhaul. The latest Android 10 Launcher has also received some new awesome visuals. Check the screenshots below 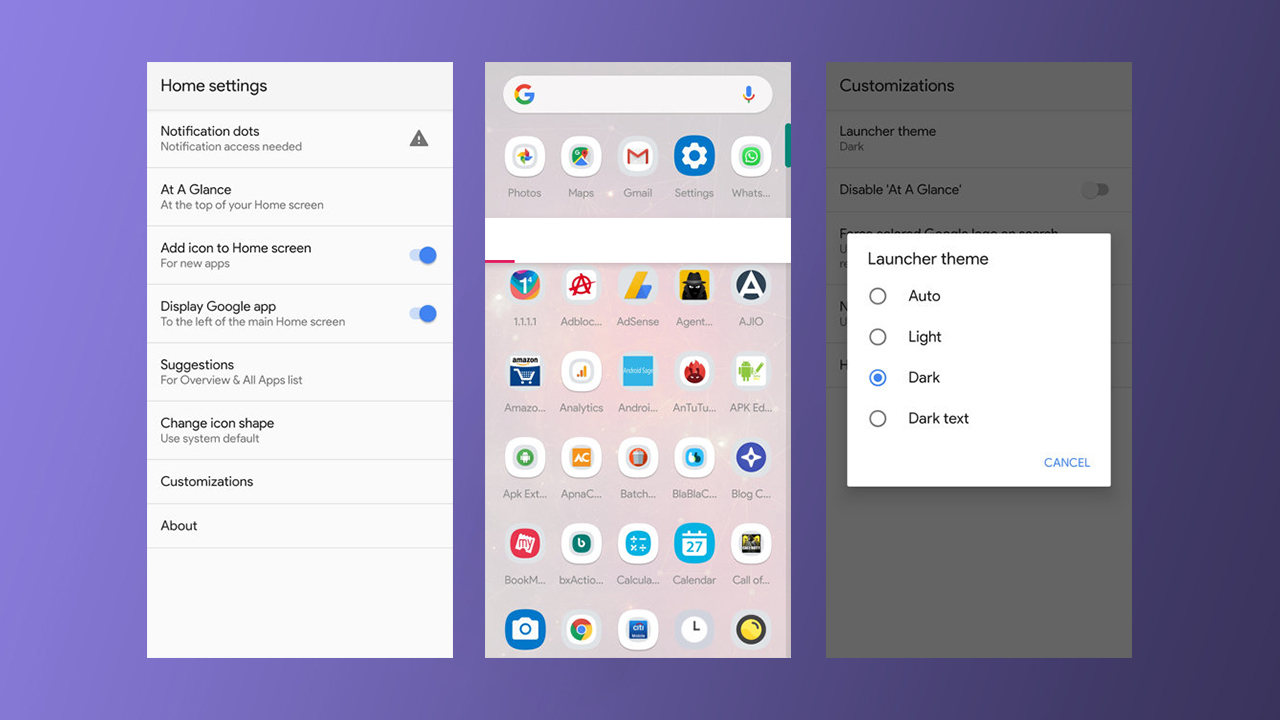 The above screenshots of the new Android 10 launcher may have given you an idea about the design language. Google has made most of the elements of UI rounded and There are some extra features added to the launcher.

Install The Launcher (APK) On Android