Good news for Moto G4 and G4 Plus as the new update NPJ25-93.11 has been rolled out for both the device and it also reaches some of the devices. This update is rolling out via OTA (Over-the-air) and will reach you region wise so it may depend on your country when you will get the update. This update is for almost most of the variant of Moto like XT1643, XT1640, XT1642, XT1622, XT1626.

If you have rooted your Moto G4 or G4 Plus then you may not get the OTA update on your device, but don’t worry we have full firmware fastboot flashable file which you can download and install right away. If your device is n’t rooted then you can still check for OTA update by Going to settings > About device > System Update. If the update is listed there, then go ahead and install it.

We have full factory image which you flash it on your Moto G4 or G4 plus using fastboot. After flashing fastboot flashable file, your device will restore to stock Android 7.0 Nougat so after that you can get all further OTA updates.

This flashable firmware has been tested with following variant

So now let’s get started.

We are not hosting the files.All the files are credited to the uploader. 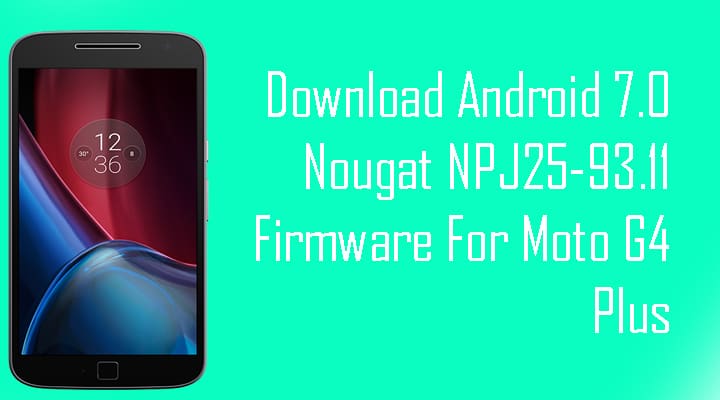