It is very unlikely that Moto E 2nd gen is going to get official Nougat 7.0 update officially or not.But that doesn’t mean that Moto E 2nd gen users can’t experience the latest Android 7.0 Nougat.Now unofficial Nougat 7.0 ROM available for the device.This is a great news for all Moto G 2nd Gen LTE users who want to experience the latest Android on their devices.Follow the given steps carefully to Download & Install Android 7.0 Nougat AOSP ROM On Moto E 2nd Gen (LTE)

Special thanks to srfarias XDA Senior Member  for sharing the initial build of Android 7.0 AOSP ROM for Moto E LTE XT1527.According to the dev, this method only works on Moto E LTE XT1527 with TWRP installed on it.So make sure that, your Moto E 2015 has TWRP then follow the given guide to Download & Install Android 7.0 Nougat AOSP ROM On Moto E 2nd Gen.This will Update Moto E 2nd Gen to Android 7.0 Nougat
As you guys know, Moto E 2nd is very unlike to get the Android 7.0 Nougat Update officially, so users have only one option and that is custom ROMs.This AOSP ROM is in its beta stage so there are many bugs and can’t be used as a daily driver right now.But in future updates, the bugs will be fixed. 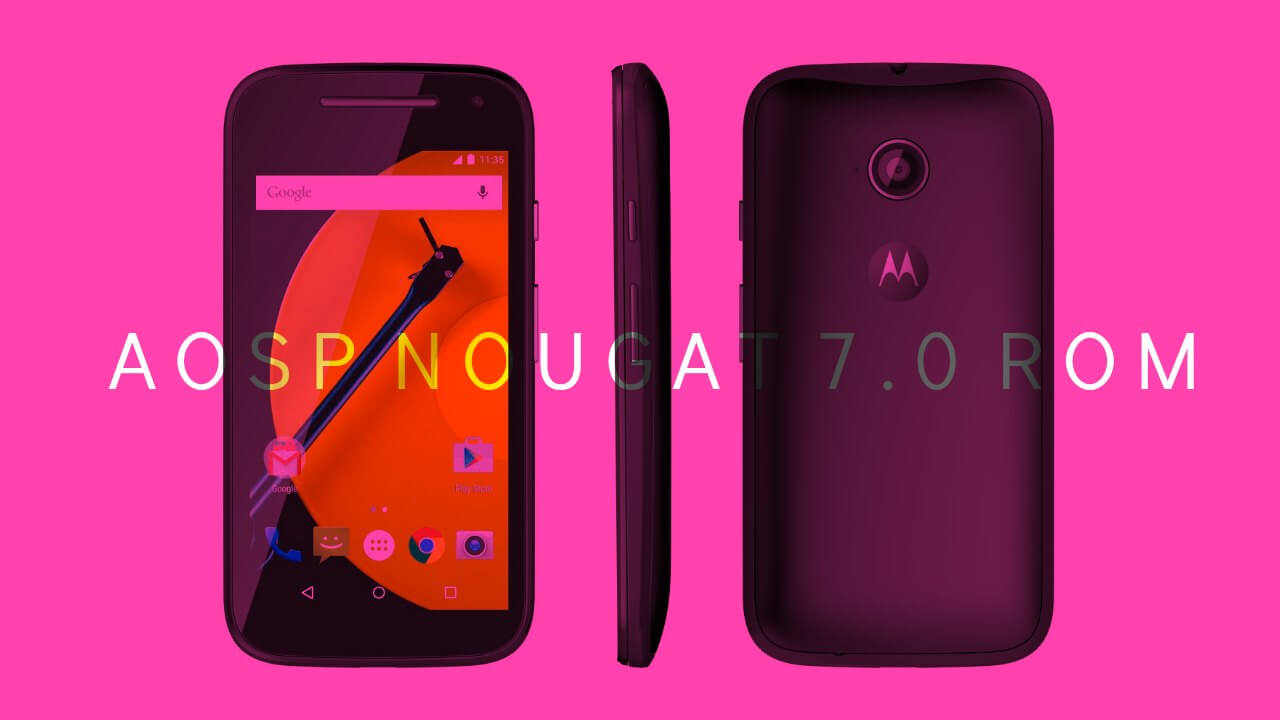