This CM13 ROM is an Official Release so it is safe to use.The ROM is based On Android 6.0 Marshmallow and developed by Team CyanogenMod.CyanogenMod 13 ROM provides some extra useful features with the close to Android Marshmallow look and feel.So If you are looking for a good Marshmallow ROM with some extra customization features then this is the perfect ROM.Don’t worry below we will be sharing Full Guide on How to Safely Flash / Install Official CM13 ROM for Nexus 9 WiFi & LTE (Flounder).

But remember, this ROM is in nightly that means you will receive an update every day.If you find any bugs then don’t worry because it will be fixed in future updates.

rootmygalaxy.net will not be held responsible for any kind of damage occurred to your Nexus 9 Wifi & LTE  while following this tutorial.Do it at your own risk.

→ This ROM is only For Nexus 9, so don’t try on other Nexus tablets.

1.Your device must have a custom recovery (TWRP) to install CM13 ROM in it. 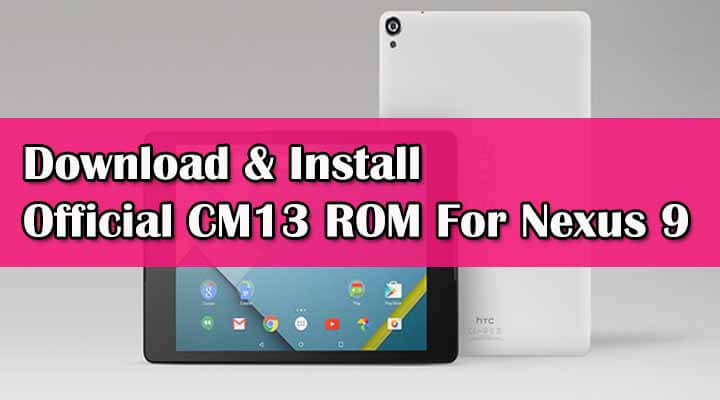