In this guide, you will be able to learn How to Enable Night Light On Nexus 5X Running Android 7.1.1 : Google very recently released the Android 7.1.1 Nougat update for the Pixel and the eligible Nexus devices, and the OTAs have almost been rolled out worldwide. There have been several bug squishes, many little new updates, stability tweaks, and mostly security patches.

One such update that both the Pixel and the Pixel XL have got from the very beginning is the night mode, or as Google likes to call it, the Night Light mode. When enabled, this mode basically darkens the entire UI, and we’ve seen this with many OEMs for years, like OnePlus and Samsung. While this isn’t much of an exciting feature, being able to change the entire color scheme of the OS is really a big deal.

People who use their phones in the night might really need this feature to reduce eye strain, and get an overall better look at all the elements without turning the brightness up. It is pretty certain that Google has no intentions of releasing this feature on their Nexus devices, since they haven’t got it yet. In this guide, we will leave down the steps required How to Enable Night Light On Nexus 5X Running Android 7.1.1. 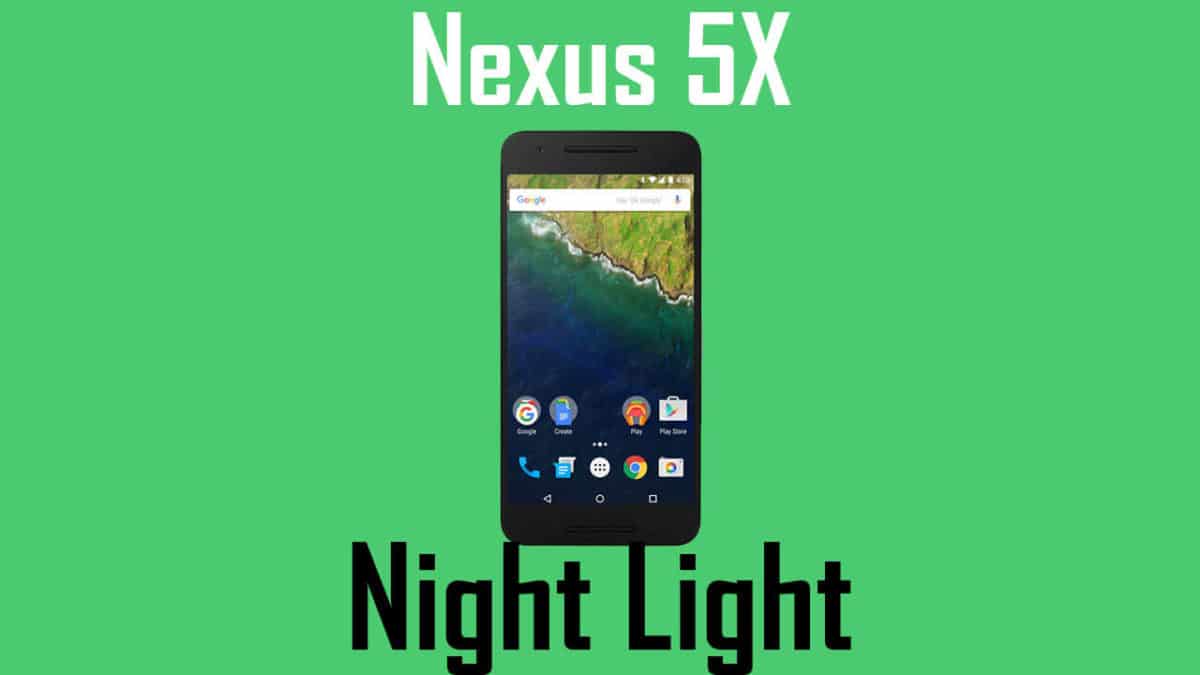 Great going! You’ve successfully learnt How to Enable Night Light On Nexus 5X Running Android 7.1.1. If you guys have any issues whatsoever, then feel free to leave us a comment down below.