Just like any other update, the current Samsung Galaxy A9 Star Android 10 update is also being released via OTA (Over-the-air). The update is around 1.5GB in size.

A user has posted about the update on his twitter handle. The update is currently being released in Japan and previously it has made its way to Hongkong and some other Asian regions. 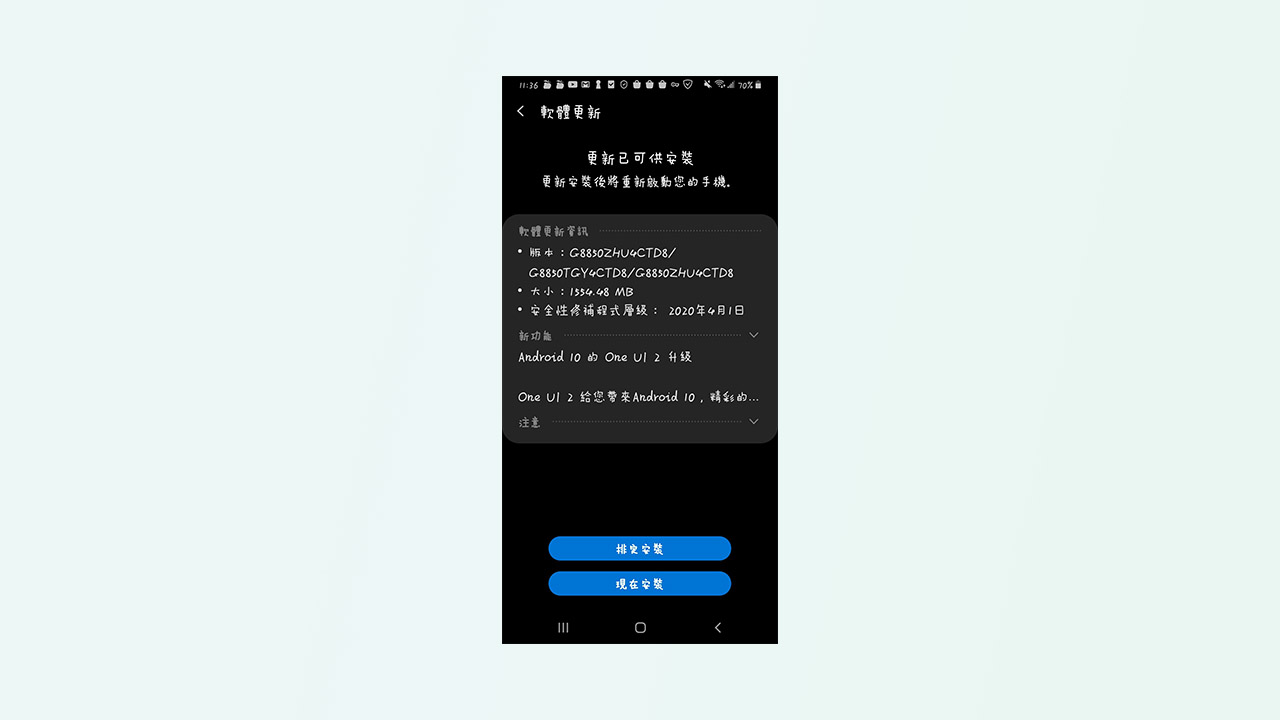 The update comes with all the One UI 2.0 exclusive features and various bug fixes. The latest update also brings system stability and performance improvements to the device.