Downgrade from Android P (9.0) to Android Oreo and How To Opt-Out from Android P Beta Program: Google has released the first ever developer preview of Android 9.0 (P), 2 months ago and at that time the firmware was not stable but 2 days ago they have released the second beta build of Android P which is a refined build of the previous one and comes with most of the bug fixes.

Many users have updated their devices to the Android P DP2 and are enjoying the latest version of Android.But there are some users who are not happy with Android P Developer build as they are facing issue and want to revert back to Android Oreo 8.0/8.1.If you are among those, then you have landed on the right page.Here we will be sharing an in depth guide to Downgrade from Android P (9.0) to Android Oreo

In order to downgrade your device to Android 8.1 Oreo, you have to install/flash the Android 8.1 Oreo mill image for your device. This requires you to have unlocked bootloader in your phone.Also be aware that all info in your phone will likely be wiped upon flashing the mill image for Android Oreo, so be certain that you copy every important file on the prior flashing the mill image.If you need help to backup the important files of your device, read this detailed guide.

Here we are also going to share a detailed guide on how a user can Opt-Out from Android P (9.0) Beta Program from Android Official Website, which is a very simple process.You only need to have the android device, a computer and a working internet connection.

Note: This guide is only for Google Pixel Devices, so don’t try this on other android devices

Steps To Downgrade from Android P (9.0) to Android Oreo

└ You might receive a prompt on your device to “Permit USB Debugging”, pick Yes/Ok/Allow.

Note: this is only for those we have opted in to the Android 9.0 (P) beta program and now want to leave that. 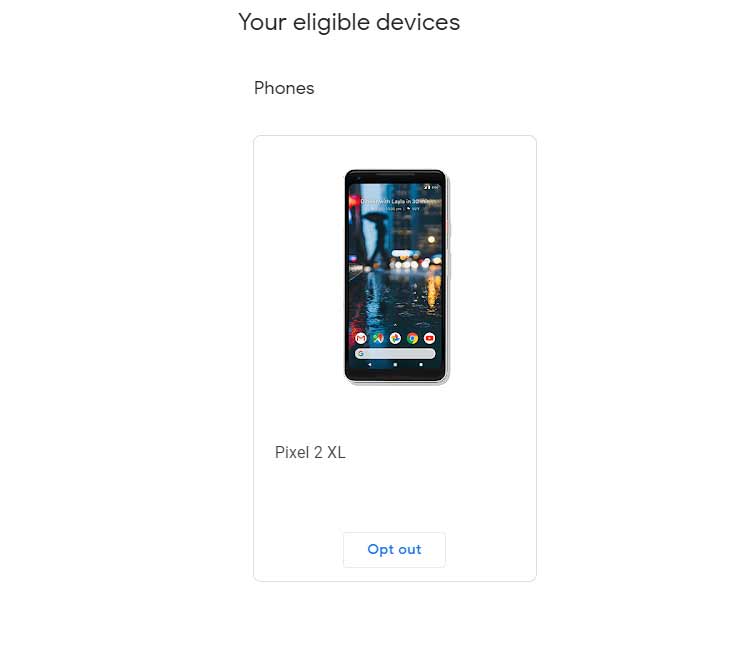 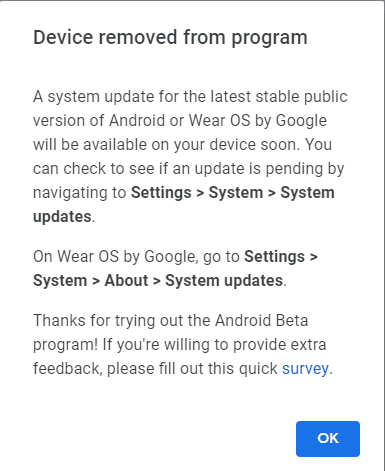 And you are done!! We hope you may have completed downgrading from Android P to Oreo on your pixel following this step by step guide.

Download and Install dotOS With Android Pie On Moto E5 Plus