Here in this guide, we will discuss a solution to fix android.process.media error on Galaxy S10 which are being reported by users after Android 10 Beta update.

It has been a few days since the Korean manufacturer released the official Android 10 beta update to it’s newer Galaxy 10 series devices. The update is now available in Korean and European region and for Samsung Galaxy S10, Galaxy S10+ and Galaxy S10e users. For the last couple of months, Samsung’s software development team has been doing an excellent job in pushing out the latest updates to its flagship devices.

Thankfully it can be fixed. If you have updated your S10 series device to the latest beta update and facing the same issue then follow the simple steps recommend by Samsung to fix this. 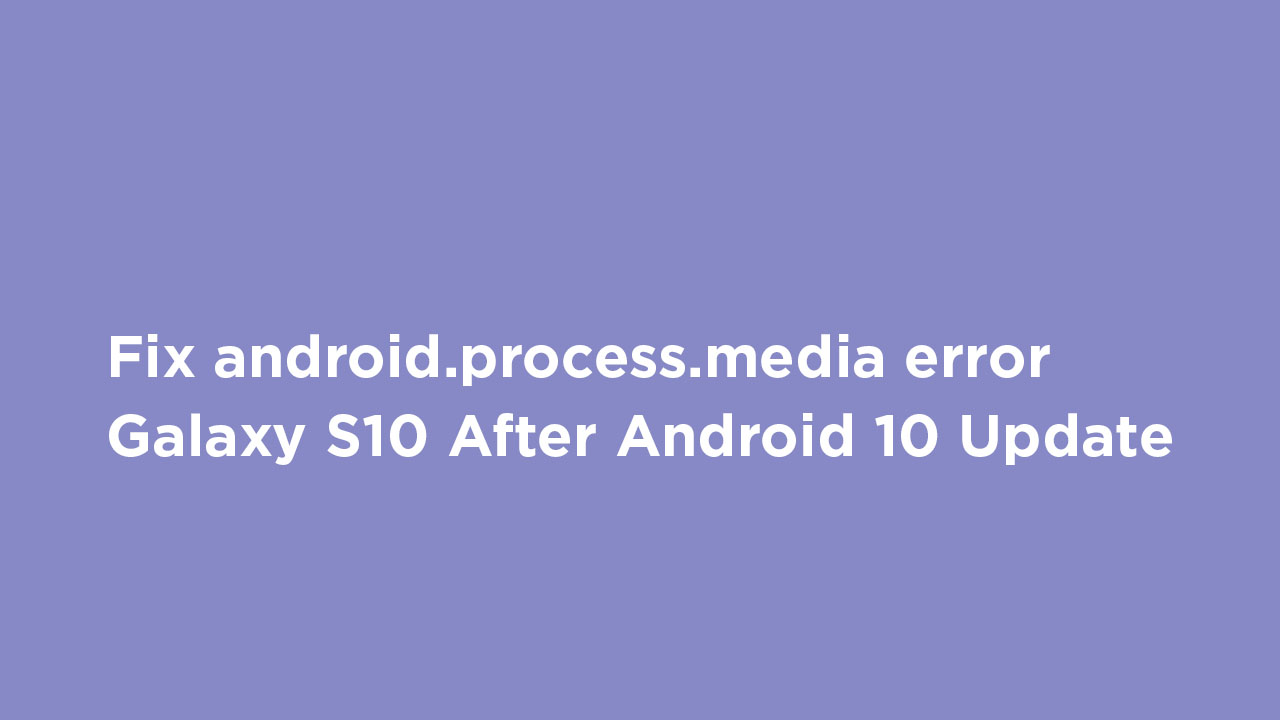 The issue should be fixed after following the steps mentioned above.