Another Huawei device has received the EMUI 10.1 update. The latest device to get the update is Huawei Nova 5T. The update is currently being rolled out in Indonesia and will be available ins some other Southeast Asian countries.

As per the earlier reports, the update is currently being rolled in Indonesia OTA (Over-the-air). Just like any other update, it has been rolled out in a phased manner, so it may take up to a few days for the update to be available on all handsets. 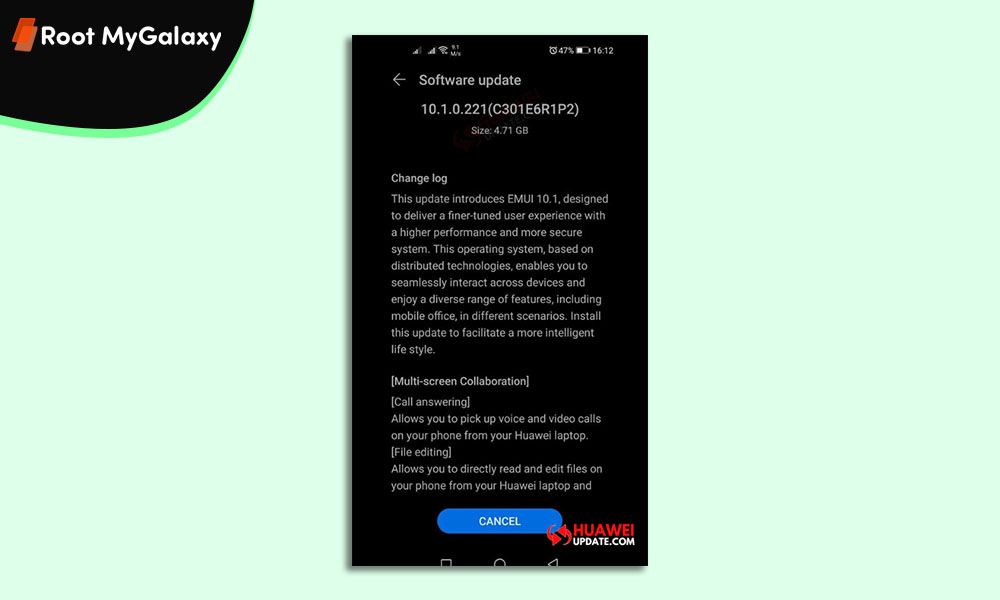 Allows you to pick up voice and video calls on your phone from your Huawei laptop.

Allows you to directly read and edit files on your phone from your Huawei laptop, and also share your phones’ network and sync notifications.

Allows you to multitask with ease in Split-screen mode, and send messages using a floating window while watching videos or playing games. Swipe in from the left or right edge of the screen and pause to display the Multi-Window dock. Hold an app icon in the dock and drag it to the side of the screen to enter a split-screen view, or touch an app icon to display it in a floating window.

Adds the MeeTime feature, allowing you to make HD video calls with beauty effects over Wi-Fi or data traffic.

Enables you to share your current screen for easier communication during video calls. You can also write and draw on the screen as if talking to face to face with the other party.

Optimizes the deterministic latency engine to provide you with a smoother system user experience.

Adds the Smart Charge mode, reducing battery aging by adapting and preventing the battery from being continuously charged when full. (This feature is enabled by default.)