Huawei has updated two of its devices to stable EMUI 10 based on Android 10. Before the stable release, Huawei was testing out the beta build in China and some other regions. Now finally the stable build for the devices have been released.

Huawei Y9 Prime (2019) has got a stable EMUI 10 (Android 10) with version number V10.0.0.159. The update is being released as an OTA. It weighs in around 3.49 GB in Size. The update brings stability improvements to the device and November 2019 security patch. For more details check out the source here 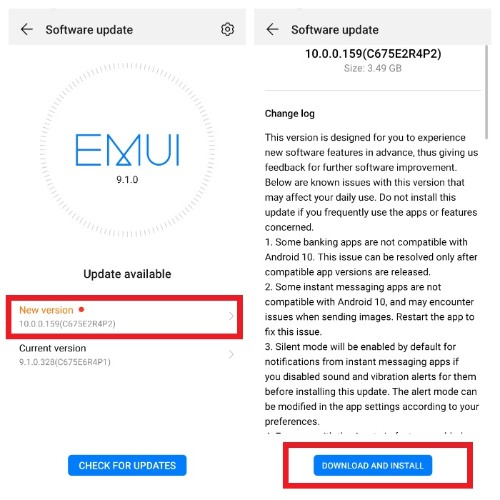 The Huawei Honor 10 Lite is also getting the latest EMUI 10 stable update with software version V10.0.0.159 and the update size is around 3.56 GB. You can check out the full changelog here.

If you have any question or suggestions related to this article, feel free to leave that in the comment section down below.