The latest and much-awaited Android OS Beta is now live for the public. Yes! It’s none other than the Android 11 Beta. This year, Google has released a couple of Android 11 Developer Preview Beta updates to its eligible Pixel models as well as Project Treble compatible devices. Now, the Android 11 beta is officially available for Pixel models only (except for 1st-gen Pixel/XL). It’s also worth mentioning that previously the public beta release has been delayed a couple of times due to the Coronavirus pandemic situation all over the world. So, all the interested people can install Android 11 Beta on Google Pixel devices by following this article.

It’s already been almost nine and a half months of Android 10 released (in September) and still, plenty of OEMs are trying to complete the update rollout timeline as promised. Meanwhile, the Android 11 Public Beta in the market right now and most of the eagerly awaited Google Pixel users are very much excited to have this new OS version with plenty of improvements and features. You can check out the Android 11 (R) Device List, Release Date, and Features here.

Note: Make sure that the Android 11 Beta is still in the development process until the official stable version releases in September 2020. So, we will recommend you think twice and then proceed to the installation process as the beta version always buggy and unstable in most cases. Ensure to take a full backup at first before doing anything. 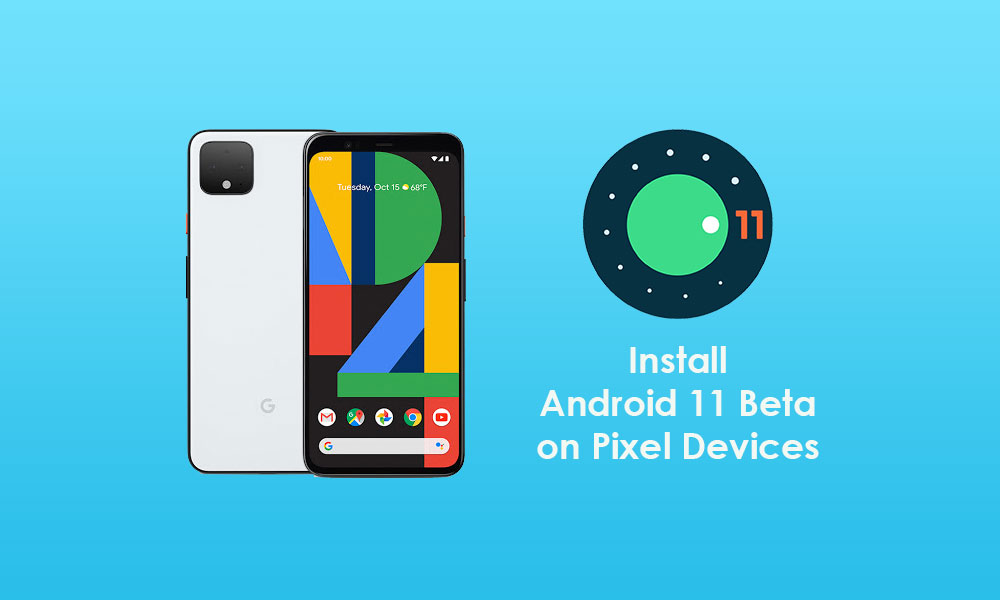 How to install Android 11 Beta on Google Pixel Devices

As time goes on, Google is trying to deliver a much quicker and easier task in order to install an Android OS beta update on Pixel devices. It offers less technical knowledge, quicker & safer processes, the easier tasks to perform at any time, anywhere. Now, you don’t need to install/flash the Android 11 Beta on your Google Pixel models using Bootloader or ADB & Fastboot method or Factory Image method (if you don’t want).

This is the easiest and ready to use the officially recommended process in order to install the Android 11 Beta via the OTA update once you’ve enrolled your device model with Android 11 Beta. You don’t need to do anything extra. It saves a lot of time and your device will also take a deep breath as compared to heavy and complex flashing tasks.

You’ve successfully installed the Android 11 Beta on your Google Pixel devices. If you want go back to the Android 10 stable version again, check the steps to downgrade to Android 10 from Android 11 (Uninstall Android 11). Keep visiting the blog for more info.