iQoo 3’s official poster has been released by the company which means the official release date is very close. We also get to know that the device will have a Quad camera setup and it also retains the 3.5mm headphone jack.

Thanks to some of the previous certification we know that the model number of iQoo 3’s Chinese variant is V1955A. Now the device again appeared on Geekbench 5. The Vivo V1955A 12 GB RAM has been benchmarked on Geekbench 5. 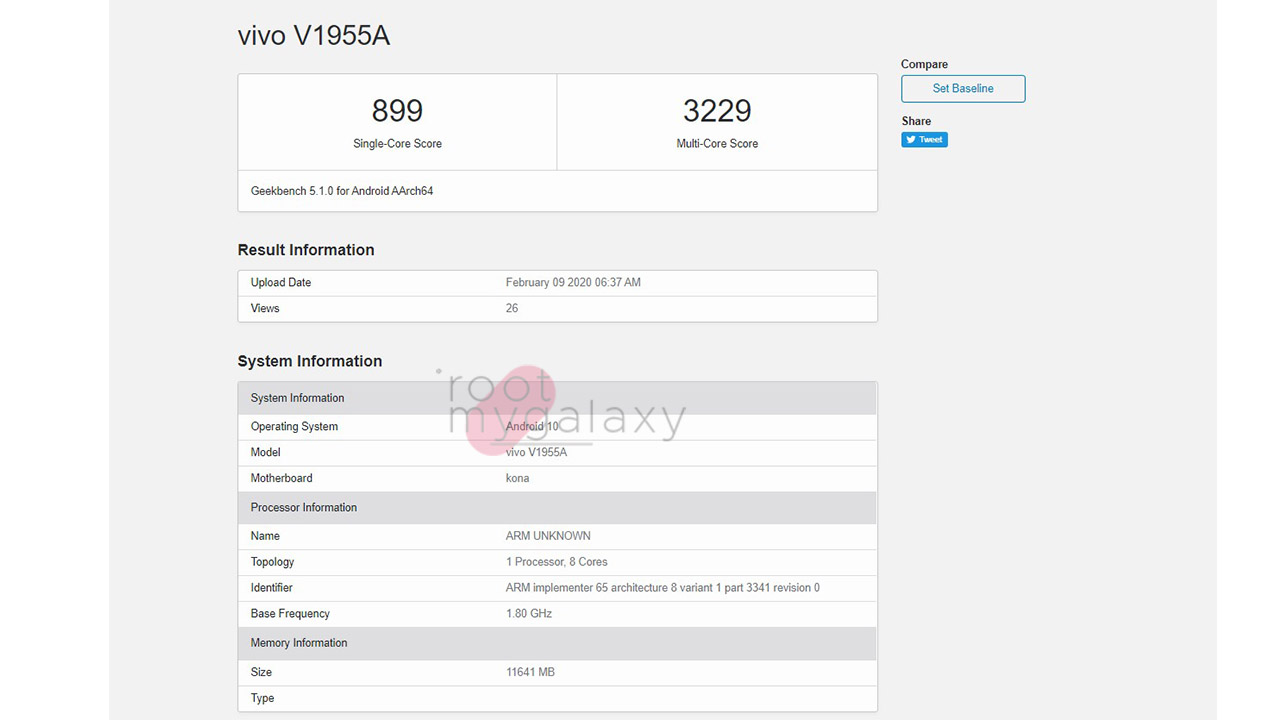 According to the test result, the device scored 899 in the single-core test and 3229 in the multi-core test. According to the listing the device has “kona” motherboard. It is being powered by Qualcomm’s latest Snapdragon 865 chipset with a base frequency of 1.80GHz. The listing also confirms that the device will be running Android 10 out of the box.