Lenovo Legion Gaming Phone is all scheduled to launch on July 22. It is now confirmed that the device will be fueled by the latest Snapdragon 865+ processor.

According to the Geekbench listing, the device is being powered by a Qualcomm 865+ SoC with a base frequency of 1.8GHz coupled with 16 GB of RAM and It runs Android 10 mobile Os. 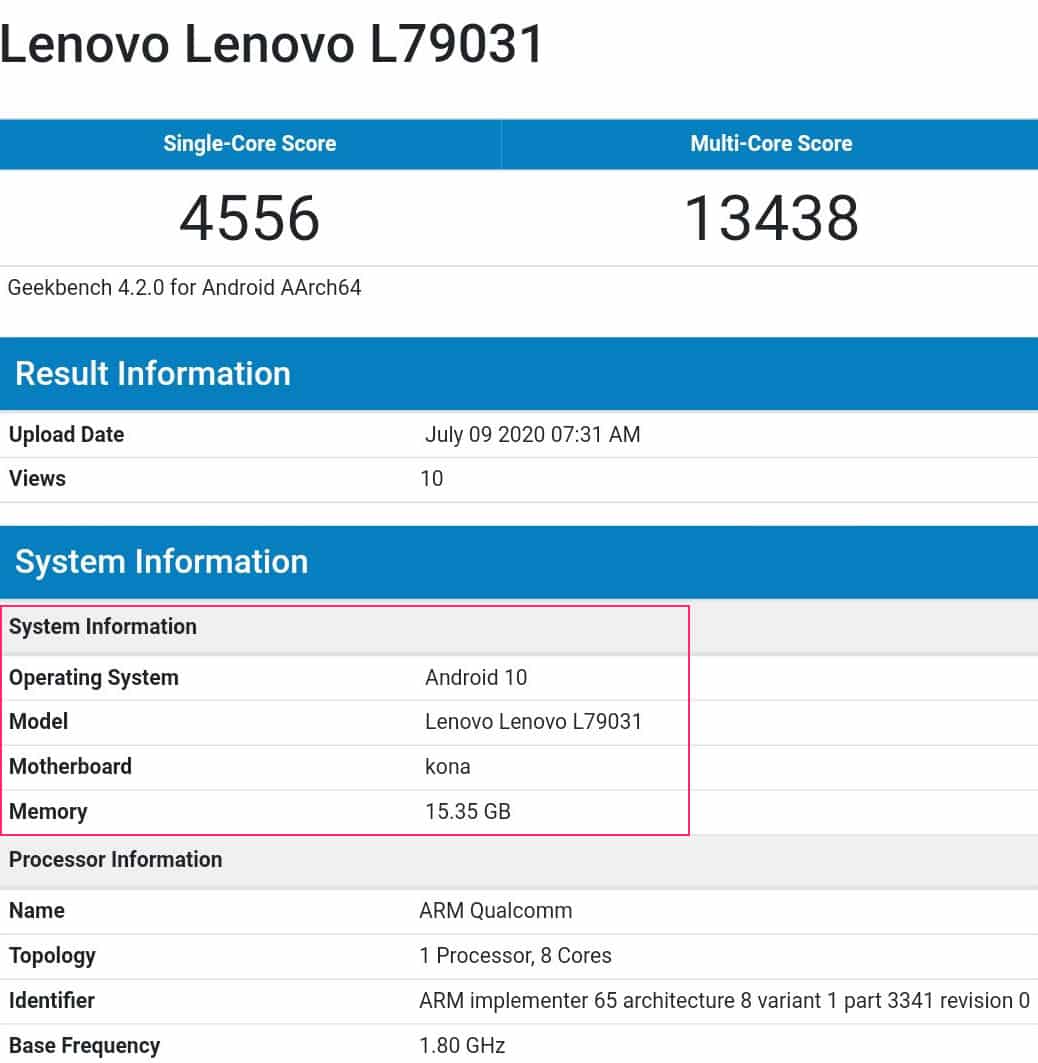 Now coming to the Geekbench score, the device has scored 4556 points in the single-core test and 13438 points in the multicore test.