The android tablet market is less competitive compared to the smartphone market but there are some brands which have constantly launched Android tablets for the last few years and Lenovo is one of them.

Lenovo is all set to launch its upcoming Lenovo Tab M10 HD (2nd Gen) tablet and it has now been reaffirmed as the device was recently spotted on the Google Play Console page.

The Play console listing of the device has revealed the design as well as some key specifications of the device. 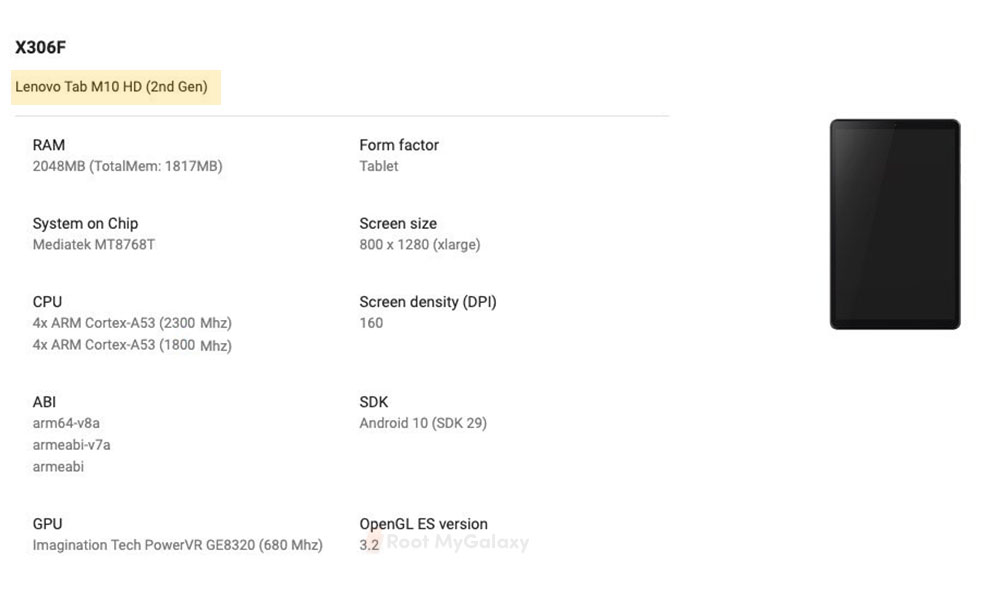 The Lenovo Tab M10 HD (2nd Gen) will be powered by MediaTek’s MT8768T (Helio P22) SoC coupled with 2GB of RAM. The display of the device will have an 800×1280 screen resolution. The screen size of the device has not been revealed by the listing.

According to the Google Play Console listing, the device will be running Android 10 out of the box and will house a 5000mAh battery

Thanks, Rahul for the tip!