Samsung has officially announced its much-awaited One UI 2.0 skin at the Samsung Developer Conference 2019 event recently. Samsung’s Android 10 beta program is running for the Galaxy S10e, S10, and the S10 Plus devices for both Exynos and Snapdragon variants. Currently, Samsung has released the One UI 2.0 Android 10 Beta 3 for Exynos Galaxy S10 Plus devices. It offers some of the bug fixes, system improvements, and the latest Android 10 features that you will gonna enjoy so much.

The latest firmware OTA update comes in around 566MB in size. We will recommend you to connect your device to the Wi-Fi network and charge your phone 50%-60% at least. Samsung provides OTA updates via batches and it will take some time. Meanwhile, you can check for the OTA updates on your handset.

The latest OneUI 2.0 Beta 3 update is officially rolling out in Europe, Asia, United States, and South Korea regions. Additionally, the update will hit in the UK, Poland, Germany, India, and more countries as well. 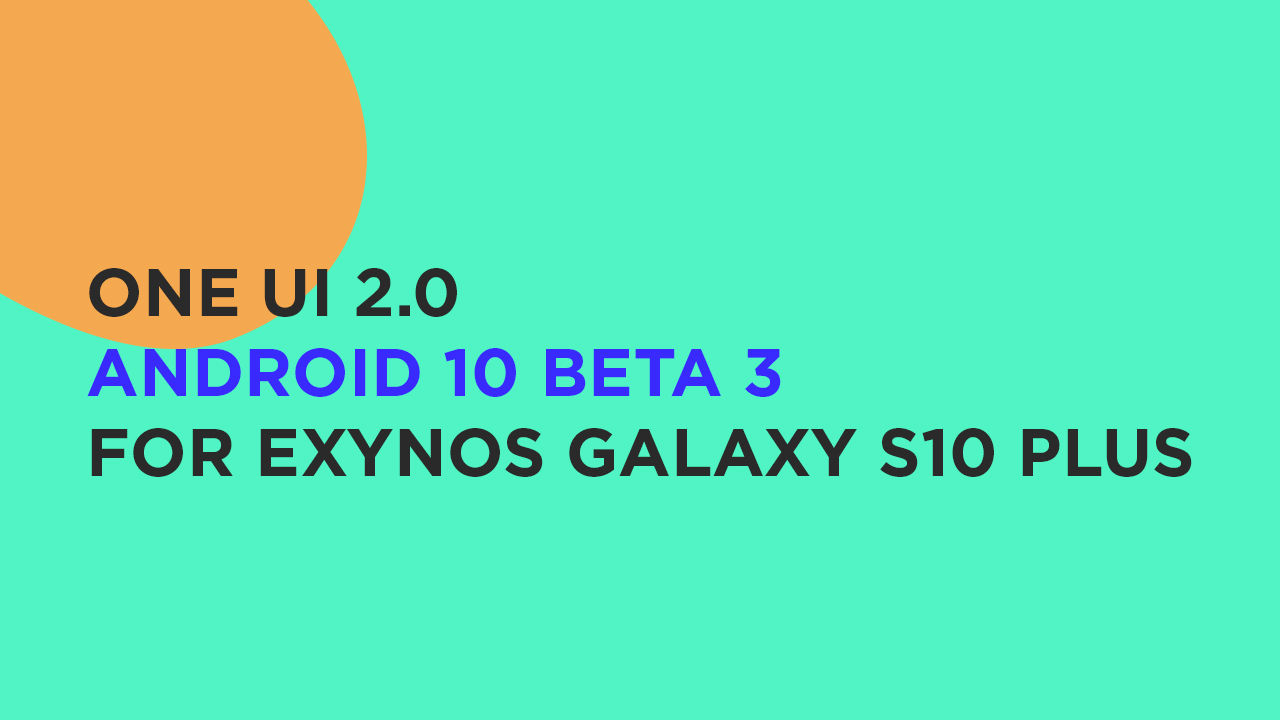 Make sure that the latest OTA update will upgrade your device from the beta build ZSJL to ZSK3 easily if you’re already using the One UI 2.0 Beta 2.

Now, you can easily upgrade your Galaxy S10 Plus handset (Exynos) to the One UI 2.0 Android 10 Beta 3 version. Feel free to ask in the comments below for any queries.