Oppo launched the Reno 4 series in China on June 5, 2020. Now the company is planning to release these devices globally. An Oppo device tagged with model number CPH2109 has been benchmarked on Geekbench platform.

According to some previous reports, this could be the upcoming Global variant of Reno4 Pro. The OPPO CPH2109’s Geekbench listing reveals that the device will be fueled by Snapdragon 720G chipset (1.8GHz base clock) coupled with 8GB of RAM which means it will come without 5G support. You can see “atoll” motherboard listed on the image and it corresponds to the Snapdragon 720G chipset. 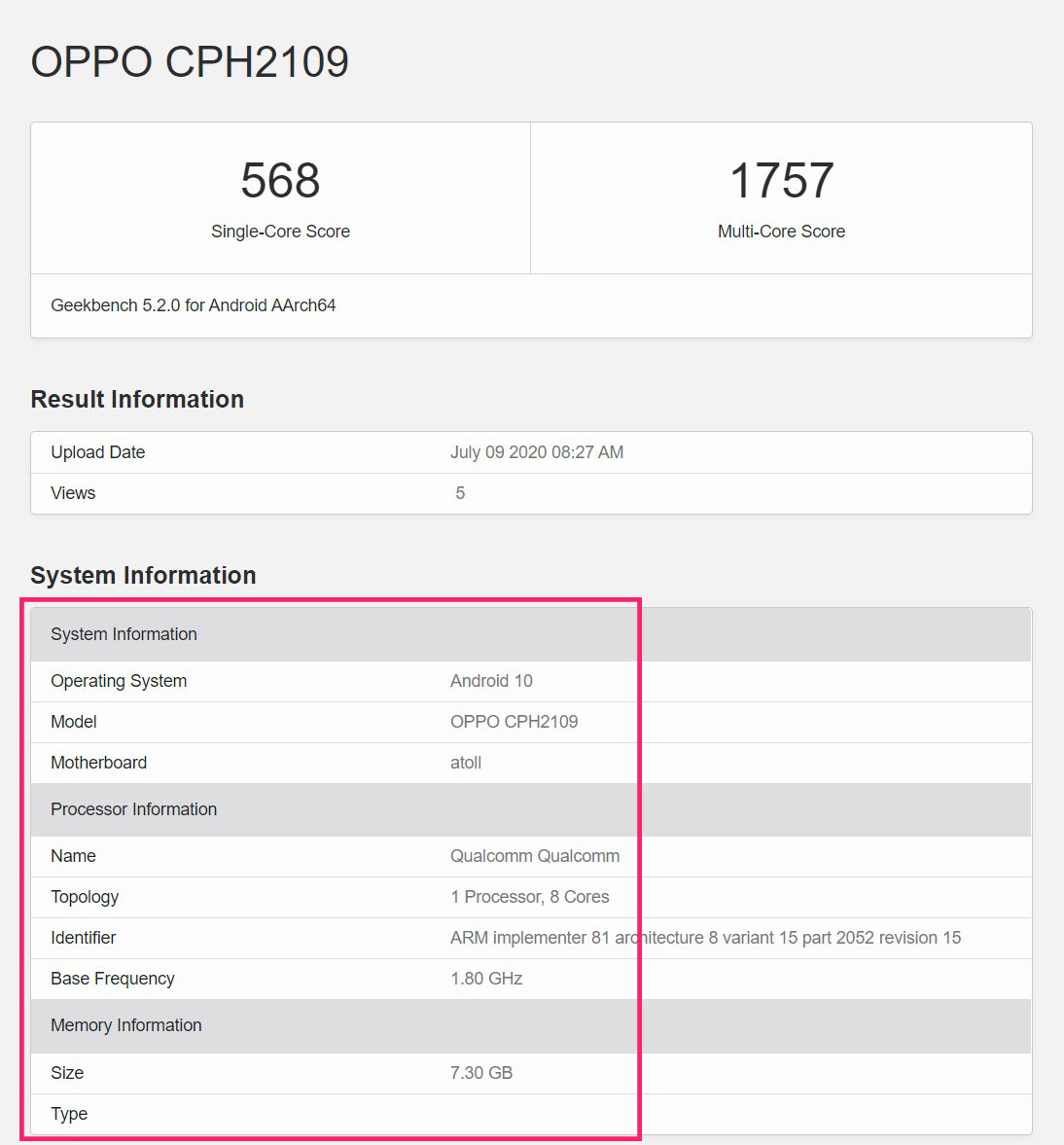 FYI, the Chinese variant of the Oppo Reno4Pro comes with Snapdragon 765G Soc which supports 5G networks. The listing also confirms that the device will be running on Android 10 straight out of the box.

Now coming to the Geekbench score, the device has scored 568 points in the single-core test and 1757 points in the multicore test.