A new Realme device with model number RMX2170 has been spotted on TKDN certification. The RMX2170 is believed to be the Realme X3 Pro, however, there is no clear evidence which confirms the name. The TKDN certification reveals 2G, 3G and 4G network band (see the image below), and no other relevant information. 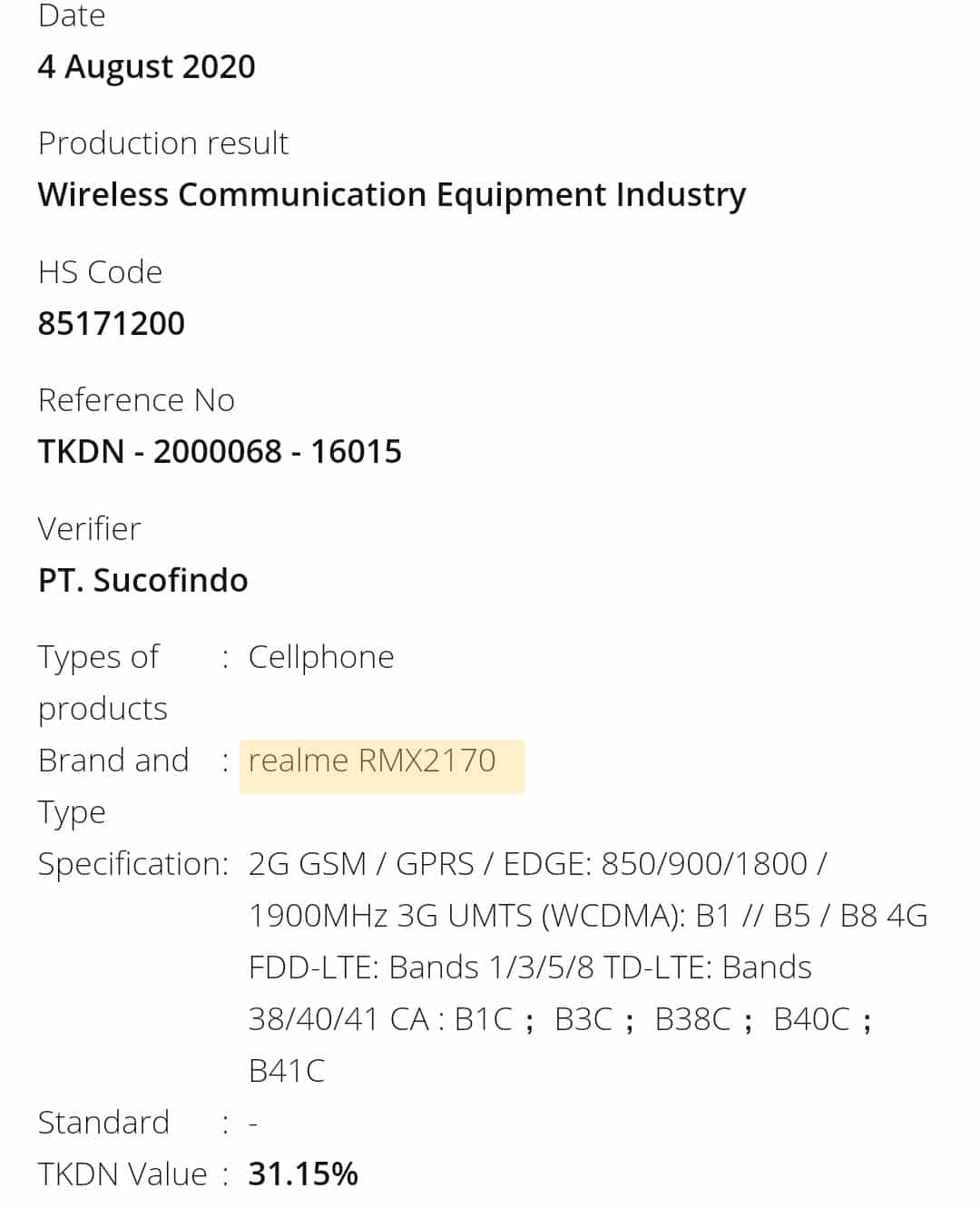 Earlier, the same Realme device also listed in TUV Rheinland certification revealing battery capacity and charging speed. As per the listing,  the RMX2170 smartphone will have a dual-cell battery with 2,200mAh rated capacity per cell, so a total of 4,400mAh. Along with this, the listing shows 65W fast charging support with 6.5A at 10V output. The RMX2170 also appeared on Wi-Fi Alliance which reveals Android 10 and Wi-Fi 5 support. 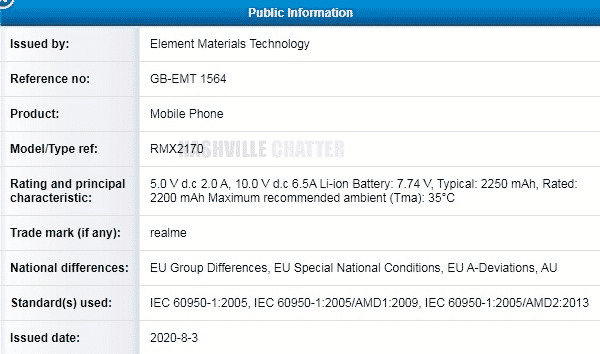 This might be the third smartphone in the Realme X3 series after Realme X3 and X3 SuperZoom. Yesterday, a new Realme with model number RMX2083 made it’s way to Geekbench. This has raised a question, which one is the real Realme X3 Pro? The Geekbench listing reveals the phone has 8GB of RAM and Snapdragon 855+ chipset. The company has no words regarding the Realme X3 Pro but some rumors suggest the phone to launch in October.