We have been getting leaks about the upcoming Realme X3 series. The Realme X3 devices have previously been spotted on Google Play Support page and Play Console. FYI, the device is slated to launch today (25th of June 2020)

Google Support listing which was first shared by our friends at MySmartPrice has already revealed the model numbers of the Realme X3. As per the listing, there are three model numbers attached with the Realme X3 – RMX2081L1, RMX2085L1, and RMX2086L1.

Now the Realme X3 (RMX 2081) has been benchmarked on the popular benchmarking platform. The listing has revealed some of the key specifications of the device.

According to the Geekbench listing, the device is being powered by Qualcomm’s Snapdragon 855+ SoC with a base frequency of 1.78GHz coupled with 8 GB of RAM and It runs Android 10 mobile Os. 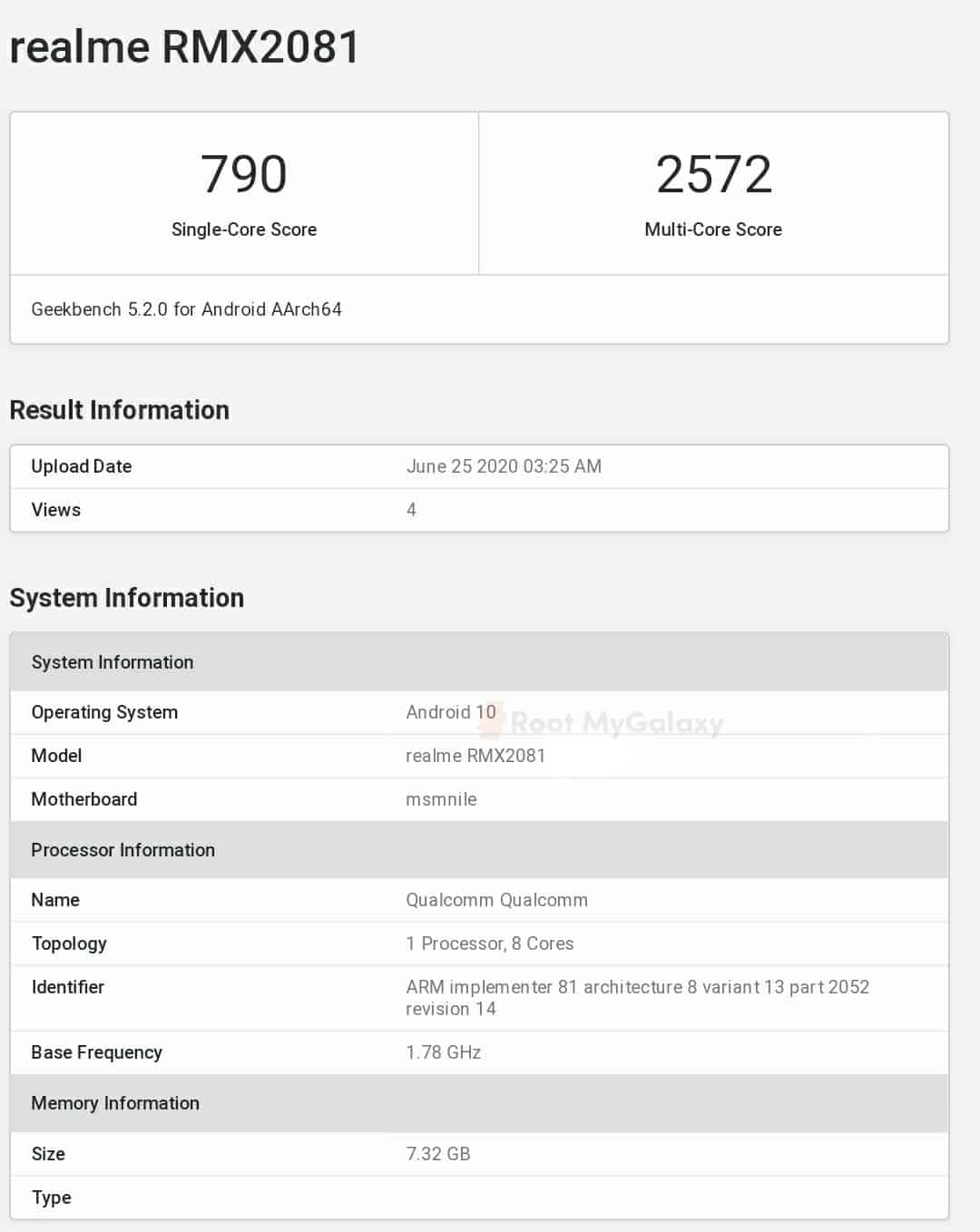 Now coming to the Geekbench score, the device has scored 790 points in the single-core test and 2572 points in the multicore test.