Back in September, Realme unveiled the 5G-supported X7 series in China at an affordable price tag. At the launch, the company did not reveal any details regarding the international availability of the Realme X7 series. But, a couple of days ago, Realme Mobiles CEO, Madhav Seth through a tweet announced the India launch of Realme X7 series. In the tweet, he didn’t mention any calendar date but revealed that the X7 series will launch in 2021 in India. Now, the Realme X7 bearing model number RMX2176 has obtained Indian BIS certification. This hints that the company will launch the X7 series very early in 2021, most probably in January. 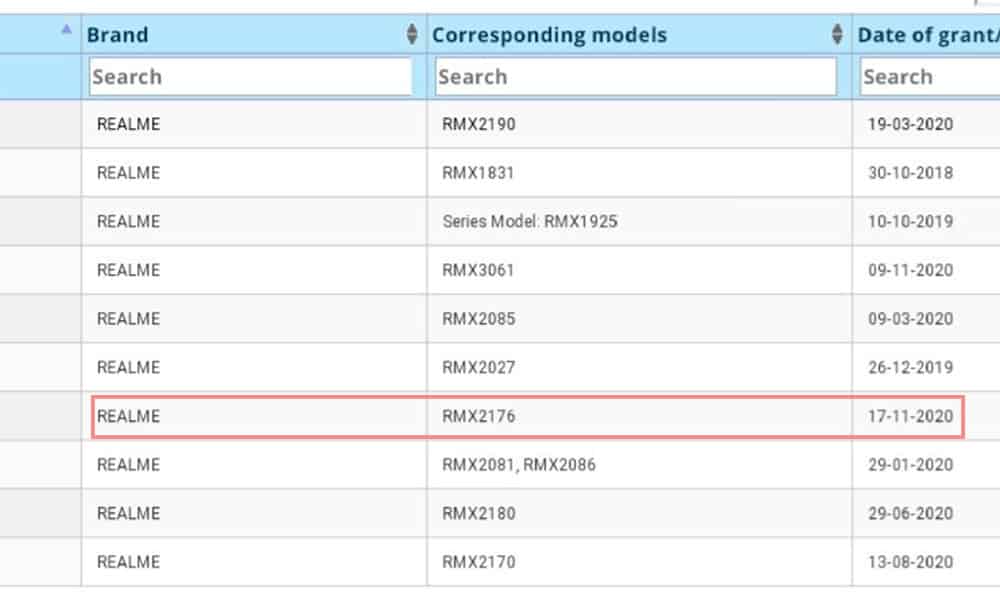 The Realme X7 offers a 6.4-inch AMOLED display with FullHD+ resolution and a 180Hz touch sampling rate. It is powered by a MediaTek Dimensity 800U chipset paired with up to 8GB of RAM and 128GB of internal storage. The smartphone runs Android 10 OS with realmeUI on the top.

A punch-hole cutout at the top-left corner is home for a 32MP selfie shooter. Around the back, it has a quad-camera setup which includes a 64MP primary shooter, an 8MP ultrawide sensor, and two 2MP sensors for depth and macro shoot. The fingerprint sensor is embedded under the display. The phone packs a 4,300mAh battery and supports 65W fast charging through USB Type-C port.