Last week, Samsung announced the Galaxy A12 budget-friendly smartphone in Europe. At the launch, Samsung didn’t reveal any details about the international availability of device. But now, the Galaxy A12 has obtained Thailand’s NBTC certification. It means that the company could soon bring the smartphone to some Asian countries including Thailand. 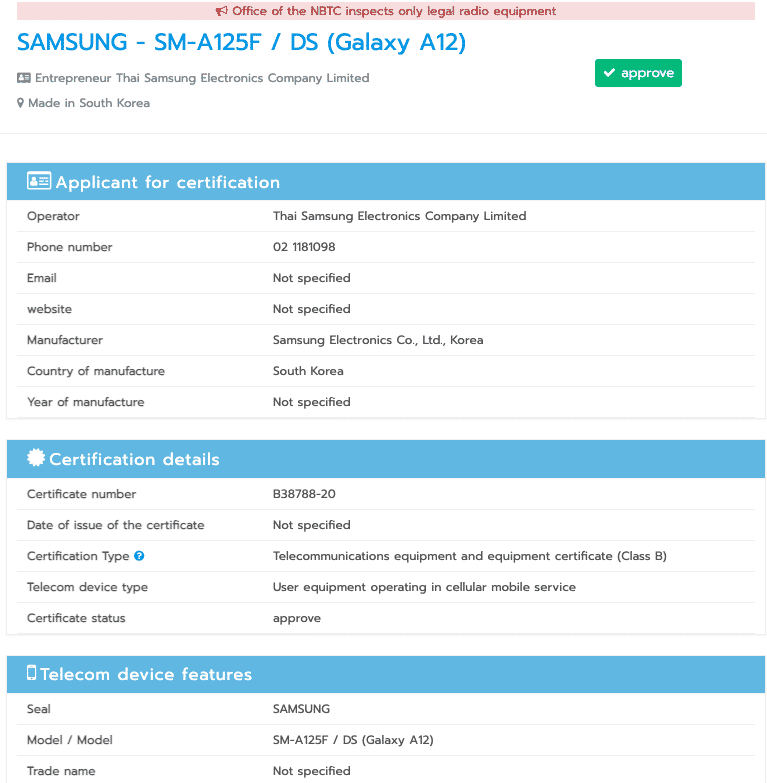 The Galaxy A12 offers a 6.5-inch HD+ Infinity-V display with a waterdrop notch to house the 8MP selfie camera. The battery gets upgraded to 5,000mAh capacity, unlike the 4,000mAh in its predecessor Galaxy A11, but the charging speed remains at 15W. Samsung didn’t reveal the chipset name but says that the CPU cores are clocked at 2.3GHz and 1.8GHz. 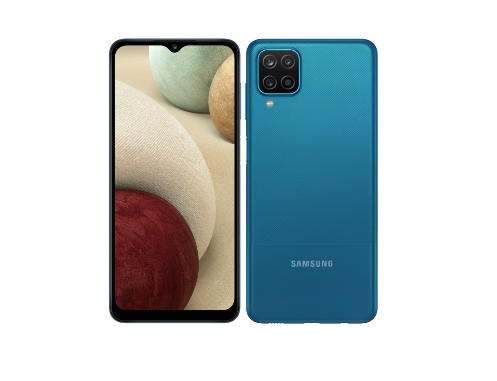 In terms of optics, Galaxy A12 features a quad camera setup on the back which includes a 48MP primary shooter, a 5MP ultrawide lens, a 2MP macro shooter, and a 2MP depth sensor. The smartphone comes in three storage configurations: 3GB/32GB, 4GB/64GB, and 6GB/128GB. Talking about the pricing, the Galaxy A12 starts from EUR 179 (roughly Rs. 15,800) in Europe.