We already know that Samsung is planning to launch its upcoming Galaxy M51 in September. A few days ago, the device was spotted on the US’s FCC certification site which reaffirms the existence of the device.

As we have mentioned above, the device was spotted on FCC where some major specs were revealed. The FCC database has some screenshots of the device’s About Phone page also. The FCC documents confirm that the device will come with 25W (9V x 2.77A) charging support. 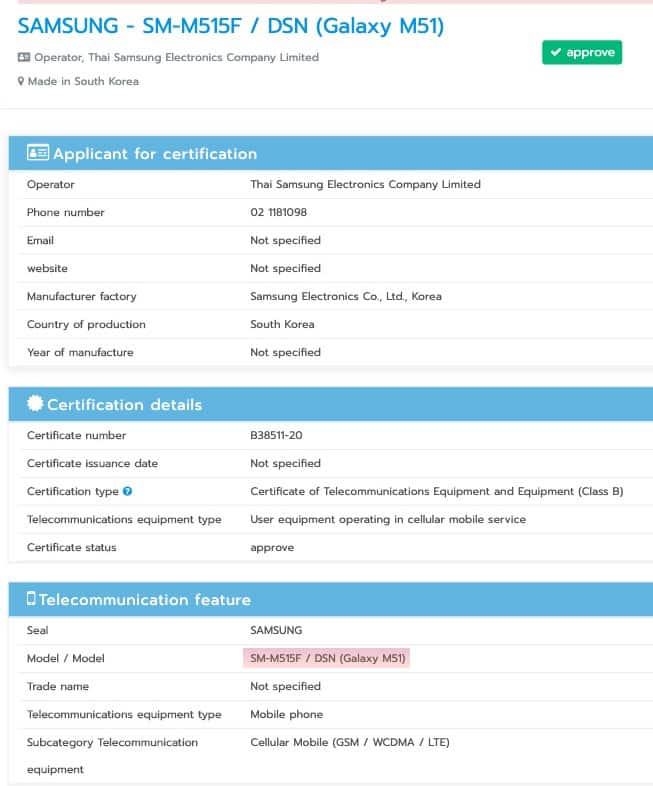 The Galaxy M51’s Geekbench test has revealed some of its key specs. As per the Geekbench listing, the device will come with Qualcomm Snapdragon 730 Chipset, 8GB of RAM, and Android 10 Os. Some other leaks suggest that the device will come with a 64MP primary camera and a 12 MP ultra-wide on the rear side. The device is rumoured to have a SuperAMOLED screen with a hole-punch to house the front camera.