Sony is all set to launch the Xperia 5 II on September 17. Recently, we saw leaked specs and new renders of Xperia 5 II, now the device has been listed on Geekbench. As per the listing, the phone will be powered by 1.8GHz Octa-core Qualcomm Snapdragon 865 processor. Further, the listing confirms 8GB of RAM and Android 10 OS out of the box. 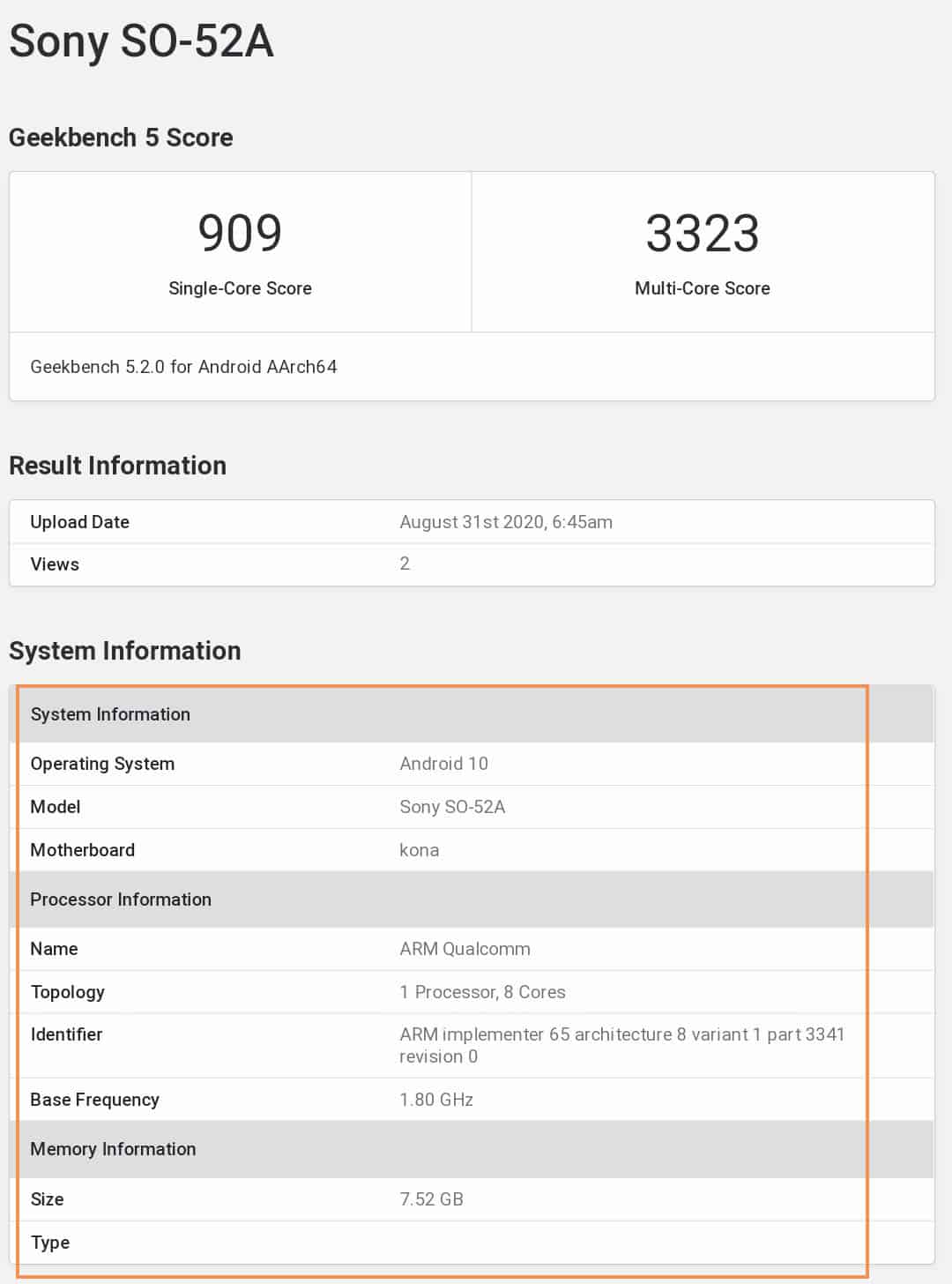 In the Geekbench tests, the Xperia 5 II has scored 909 points in the single-core test and 3323 points in the multi-core test. We have already seen the device in Blue colour and a new tweet from Evan Blass shows the device in Black and Grey colour also. One more notable thing is that Sony is making a return of 3.5mm headphone jack with the Xperia 5 II.

The Xperia 5 II is said to have a 6.1-inch FullHD+ OLED display with a 120Hz refresh rate, 240Hz touch sampling rate, and 20:9 aspect ratio. It will feature a quad-camera setup on the back which includes a 12MP main camera with 82-degree field of view, a 12MP telephoto camera with 3X optical zoom, and another 12MP sensor for ultrawide shots with 124-degree field of view. A 4,000mAh battery powers the Xperia 5 II that charges through a USB Type-C port.