Verizon LG V20 with model number VS995 has started receiving Google’s latest VS99518A November 2017 Security Patch Update.The Update is exclusively available in the US.The update is rolling out as an OTA (Over-the-air) and comes with build number VS99518A.

The Update is not a major update but we recommend users to Update Verizon LG V20 To VS99518A November 2017 Security Patch Firmware as the update brings multiple improvements and bug fixes.The November patch Update for LG V20 VS995 also fixes the KRACK WiFi exploit.

As i mentioned before, the update is available in the US as an OTA.If you are a LG V20 user in Verizon wireless then you may have already received the update.You can manually check for the update, just go to Settings > About device > System updates.

If there is no update showing on your device, then wait for few more days for the update to come or you can manually download the November patch VS99518A firmware KDZ file and install it manually on your device. 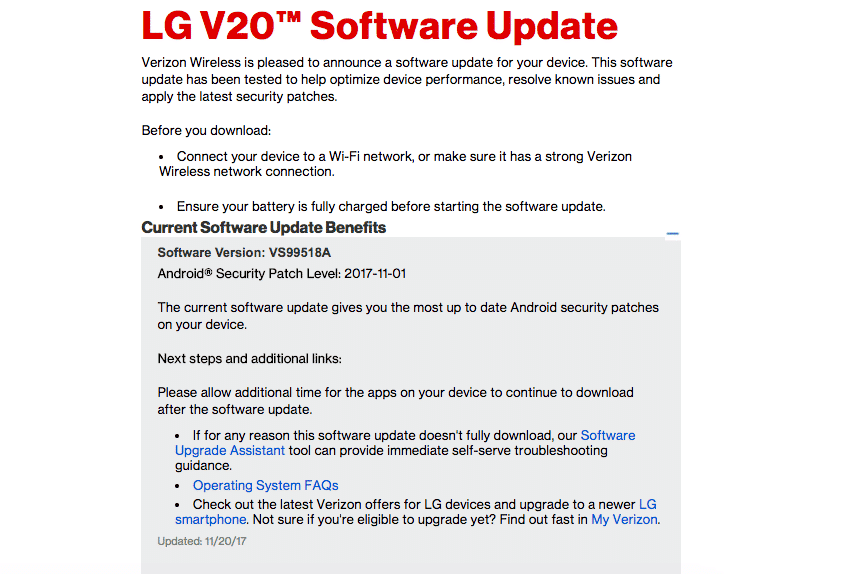 The KDZ File is not available right now, we will update once we captured the OTA