Vivo is all set to unveil its X60 flagship smartphone series on December 29. As the launch is getting closer, the company starts teasing more details. Today, Vivo took to Weibo to announce that the company’s new Origin OS will debut with its X60 series. 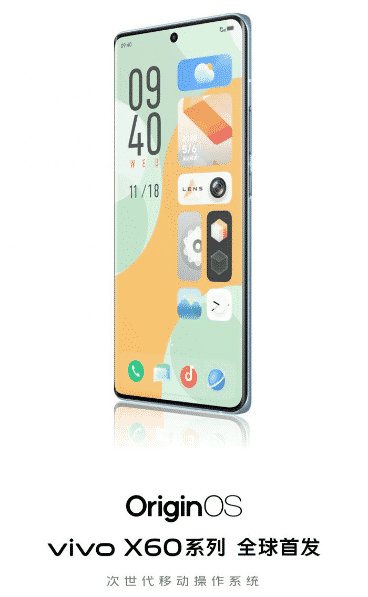 The company also teases the home screen layout of Origin OS in that Weibo post (Shown above). The post reads, “The new OriginOS system will make its world debut on the Vivo X60 series. Together with the X60 series, enter a new world of design, smoothness, and convenience.”

In the image, we see that the icons are updated. Lots of widgets can be seen on the home screen, which resembles iOS 14 widgets. Vivo X60 sports a centrally aligned punch-hole cutout to house the selfie camera. Bezels appears to be much thinner on the top and bottom. In the previous teasers, the company revealed that the X60 series will feature Exynos 1080 SoC and ZEISS optics on the back. The company will start releasing beta version of Origin OS for selected Vivo and IQOO phones from January 31, 2021.