Good news for all the Xiaomi users or lovers as the company has stopped the new release of MIUI 11 developer beta ROM. But why? It’s due to the development of Xiaomi MIUI 12 ROM which will be based on Android 11 (R). To recall, Google has recently launched the Android 11 Developer Preview update and then within a month, the company has released DP2 update for all the Project Treble supported devices along with Pixel devices (2nd-gen or above).

Once the company ensures that the beta update is now almost bug-free and can be served as a stable one, Xiaomi starts rolling out the official stable update in batches. Though the development process, bug fixes, and official stable update releases from Xiaomi are quite slow than some other popular OEMs, we can expect that the company will try to improve their update timeline frequency. Currently, the interested Xiaomi users can’t apply for the MIUI 12 beta testing program as they’re getting error notice. It seems that Xiaomi is working hard on it and the beta testing recruitment process will start very soon for a couple of specific device models in its initial stages. Then maybe the device model counts become higher as the development process becomes quite normal.

A member from Mi Play device team has confirmed that the Xiaomi Mi Plau will be getting the MIUI 12 update and the work on MIUI 12 has already started. 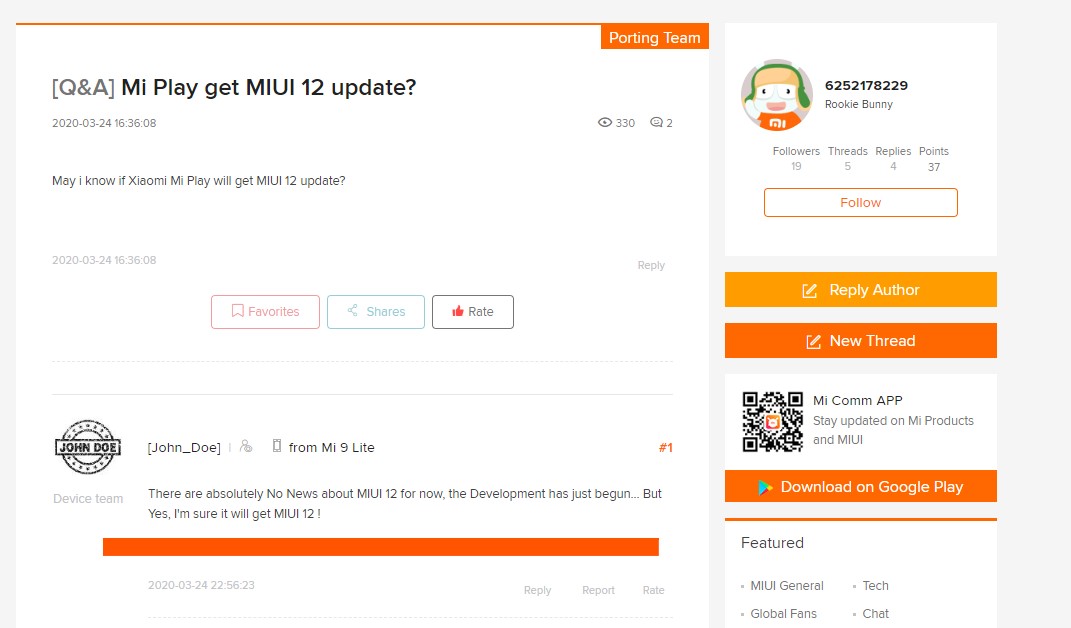 As of now, due to the COVID-19 pandemic disease, the development process or recruitment process may be delayed. Meanwhile, if you want to know the exclusive features of Android 11, then check the details here.