In this guide, you will be able to learn about the Best Android Nougat ROMs For Galaxy S5. The Samsung Galaxy S5 was definitely one of the greatest devices that Samsung had released way back in the years before. It was a direct competition to a lot of the newer devices like the iPhone 5S, and HTC One devices. However, due to its lack of a metallic build and bad software choices, it was soon defeated by devices like the OnePlus One, which cost almost half as much as the S5 did.

Well, this is the reason why we were able to create this short article, listing down some of the best Android Nougat ROMs for the Galaxy S5. Do note that this requires root access, an unlocked bootloader, and a custom recovery like TWRP.

The Galaxy S5 is a really popular device when it comes to development, and with top-notch specifications that it holds, there is no denying that custom ROMs are the way to go on this device. Let’s have a look on some of the Best Android Nougat ROMs For Galaxy S5.

Page Contents show
1. DISCLAIMER
2. PRE-REQUISITES
3. List Of BEST ANDROID NOUGAT ROMS FOR Galaxy S5 (ALL ANDROID 7.0/ 7.1 NOUGAT CUSTOM ROMS)
3.1. ROM Installation Guide [icon name=”hand-o-right” class=”” unprefixed_class=””] How To Install A Custom ROM Via Recovery On Any Android
3.2. If you have any queries, feel free to leave us a comment down below! 🙂 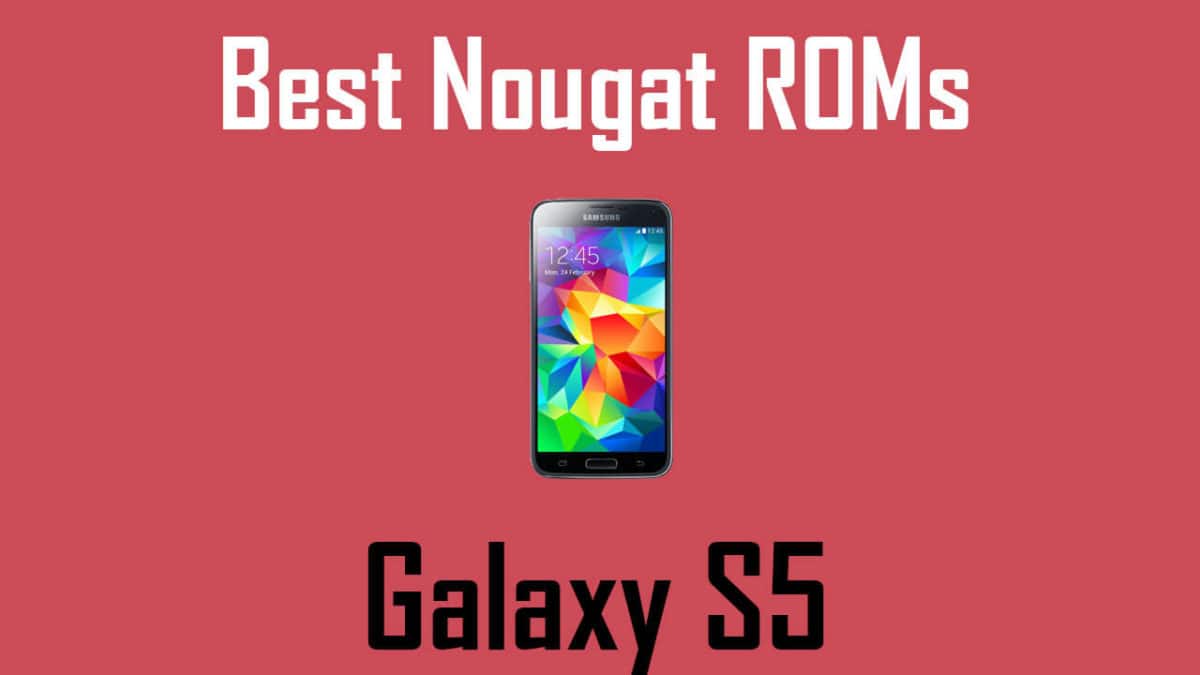 More links will be added soon…