Finally, google has released it’s latest Android N firmware for the latest Nexus devices.It is the latest Android after the Android Marshmallow 6.0.1.The devices which are getting this update are Nexus 5X, 6, 6P, 9, 9G, Nexus Player and Pixel C.We are not sure whether Nexus 5 is going to get this update or not.

This Android N is the latest Firmware from Google.But it is in developing stage.So there may be many bugs present.But you can try it on your Nexus device if you want to check how the new android update looks and feels like.Below we will be sharing step by step guide to Download & Install / Flash Android N Developer Preview for Nexus 5X, 6, 6P, 9, 9G, Nexus Player and Pixel C

Now you can root Nexus 6P, 5X, 6, 9 Running On Android N Developer Preview by Flashing the latest CF-Auto-Root Package From Chainfire.Full Step by Step Guide is Linked Below↓

[icon name=”hand-o-right” class=”” unprefixed_class=””] Files have been removed.You have to check official page for latest update and download links. Enroll your device here 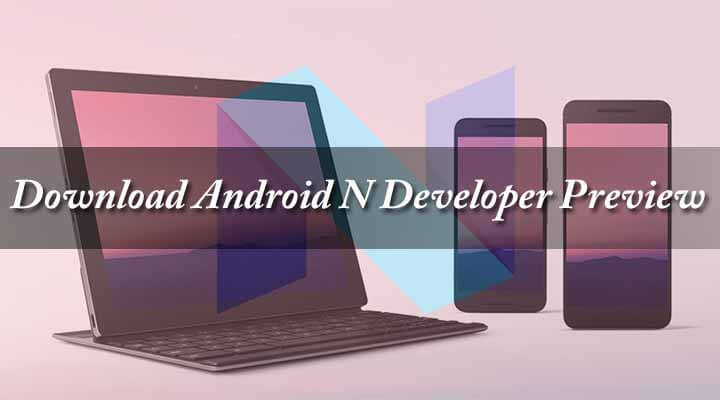 Note:Above method will not work

First, enroll your nexus device here then you can update your device to Android N beta [/symple_box]