While the majority of population love to get the update, there is another group who see this as something bad. I’m here talking about the developer community of Android. There are a lot of such people who fully rely on Custom ROMs to increase the usability of their devices. So every new update is a pain in the ass for them as they have to still wait until the updated version of their custom ROM arrives for their device. Finally, the Android 8.1 Oreo updated Nexus 6 users can be happy, as the Android 8.1 Oreo-based LineageOS 15.1 is unofficially out.

The Lineage OS 15.1 supporting the Android 8.1 Oreo on Nexus 6 can now be downloaded and installed. This custom ROM is still under developing stage and you may encounter some minor bugs. We will provide you with the download link and a complete guide to flash the ROM to your Nexus 6 using TWRP recovery method. Please read through to find out more. 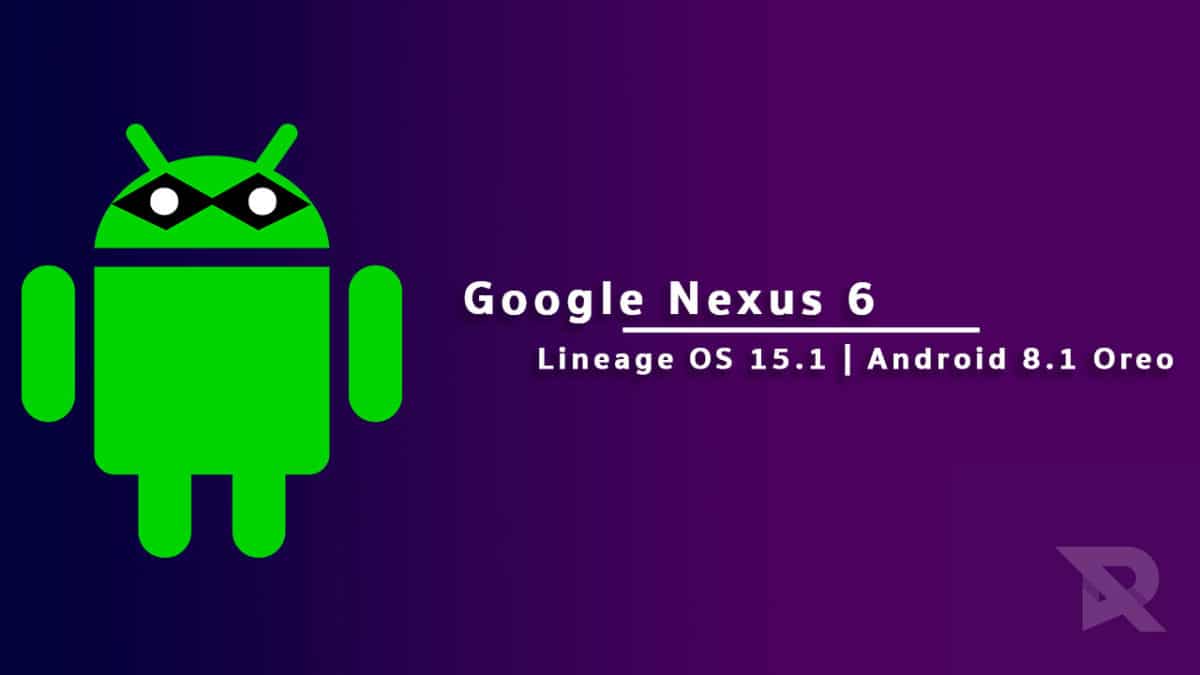