Here In this guide, we will be sharing links to download the Latest Updated Nexus Root Toolkit. It is an all in one root tool for Google Nexus devices.

If you don’t know What is Nexus Root Toolkit, it is n android tool (All in One tool) for windows. You can do various complex things on a Google Nexus phone, For example:- You can easily unlock and relock bootloader, root and unroot, install a custom recovery like TWRP, backup & restore important data and You don’t need ADB & Fastboot commands for that.

If You own a Nexus device which is running the latest Android Marshmallow 6.0, then this is the most important android tool for windows computer. 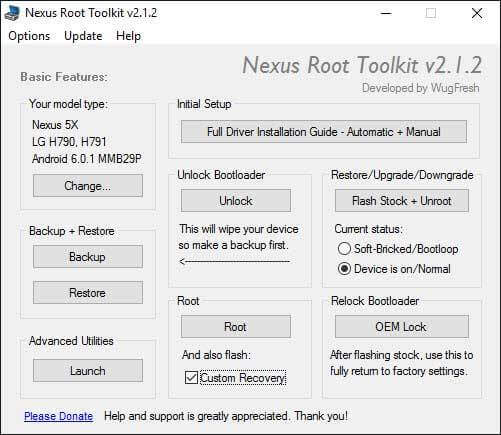