A few months ago, we came to know (via sammobile) that Samsung might release two variants of Galaxy Note 20 +. One will be 5G while the other variant will support 4G LTE only and the 4G variant will be cheaper compared to its 5G variant. 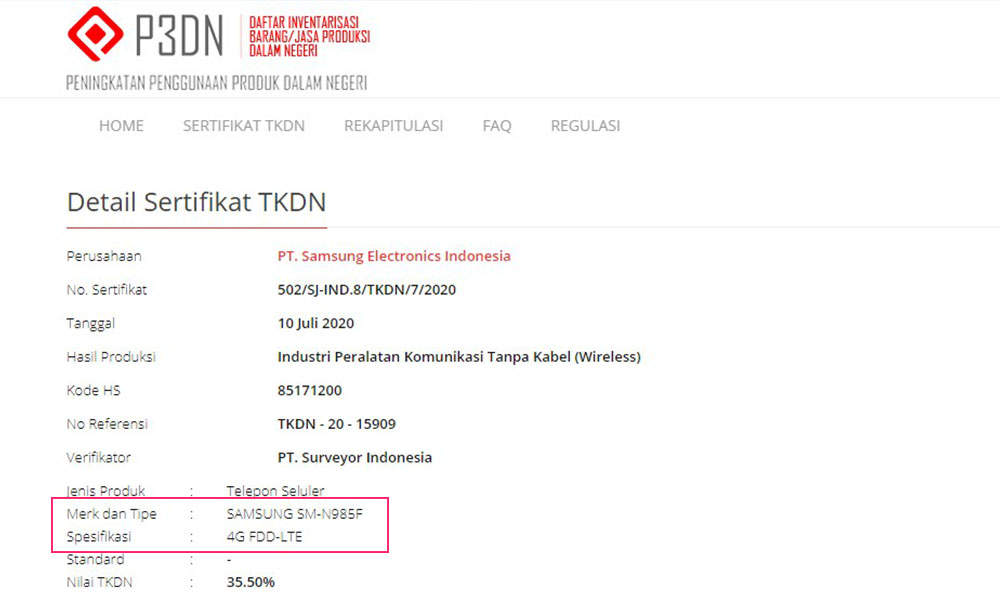 Today Samsung Galaxy Note 20+ with model number SM-N985F has been approved by Indonesia’s TKDN certification. According to the listing, the Galaxy Note 20+ (SM-N985F) will support 4G LTE network. This listing reaffirmed the claim made by Galaxy Club