However, the smartphone is yet to get the latest version of Android which was released by Google a few months back named as Android 8.0 Oreo. Well, we would also like to inform you that the Android 8.0 Oreo update is expected to hit the Xiaomi Mi A1 devices really soon but in the meantime, we have got some exciting news for all the Mi A1 users out there. The news is that the Xiaomi Mi A1 has now received its first build of LineageOS 14.1 which is based on Android 7.1.2 Nougat but it has many features not present on Stock Android.

We know that some of you might be wondering about when were the kernel sources of the Mi A1 released by Xiaomi. To this question, we would like to say that the sources have not yet been released but the developers found out a way to develop Custom ROMs for Mi A1. Talking about the LineageOS 14.1 build for the device, it is an alpha build so many things like fingerprint sensor, IR, Bluetooth, and camera etc are not working but the future builds will get this working as well. Now, you will have to download this LineageOS 14.1 build which has been linked below and install it on your device

We like to thank deadman96385, Recognized Contributor over Xda, for sharing the unofficial / first build of LineageOS 14.1 ROM For Xiaomi Mi A1.The ROM is in its initial stage and may contains some bugs, so we don’t recommend users to use it as a daily driver.

rootmygalaxy.net wont be responsible for any damage happened to your device(s) while following this guide, Proceed at your own risk. 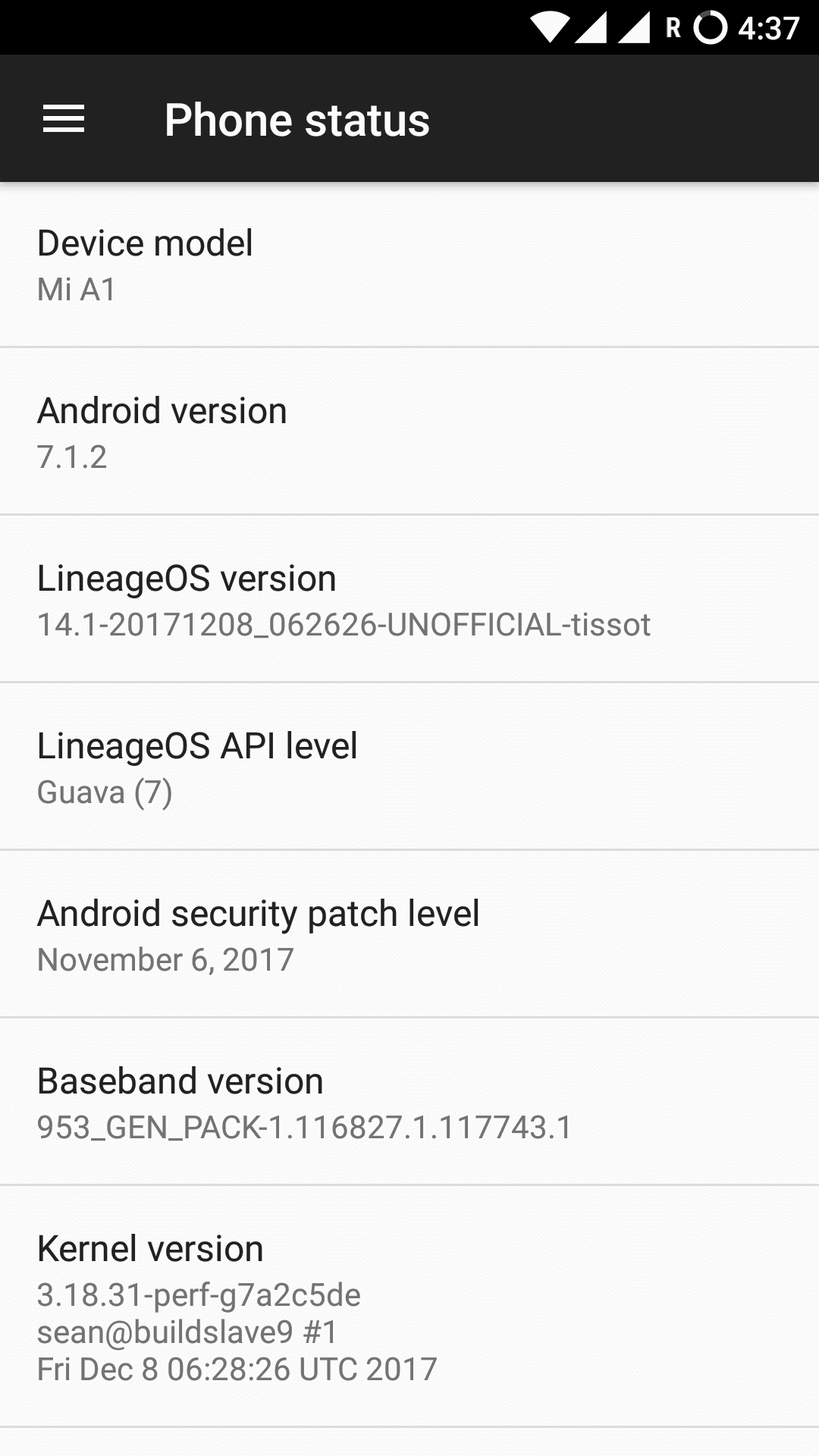 Step 1 Make Sure Your Device is rooted and you have custom recovery installed in it.

Step 2 Now Download the ROM and Gapps File.Save them to sd card

Step 4 Now follow the guide to flash LineageOS 14.1 ROM On Xiaomi Mi A1

How To Install A Custom ROM Via Recovery On Any Android

Step 5 After flashing the ROM, flash the Gapps (Similar way)

Your Xiaomi Mi A1 Should boot into Lineage OS 14.1 (Android 7.1).If you have any question related to this post, feel free to leave that in the comment section down below:)