Xiaomi Mi A1 gets December security patch with latest OTA update: Xiaomi, as we all know has been setting new records day by day in China, as well as international markets and the company, has focused in India mostly in terms of selling their smartphones internationally by the looks of things. This is because the company has launched many phones this year in the country and the first smartphone launched by the company this year, the Redmi Note 4 is the best-selling smartphone in India for 2017. Recently, Xiaomi launched the latest smartphone in its newly-launched Mi A lineup with the launch of Xiaomi Mi A1 and this smartphone is the first from Xiaomi to come with Google’s software. This means that the Mi A1 is also the first Android One smartphone from Xiaomi and the first launched by Google this year.

In terms of the Mi A1’s quality, design and pricing, it is the best smartphone to buy in the market currently with the stock Android experience and a great build quality along with a dual camera setup on the back. Now, the Mi A1 has been regularly updated with the latest security patches which are expected from an Android One phone and the smartphone was running the November security patch until today.

However, now the Mi A1 is getting the latest December security patch along with a 150MB update that has some bug fixes along with the latest security patch. Also, we know that the Mi A1 users might be wondering about the Android Oreo update which was promised by Xiaomi by the end of 2017. Thus, we would like to inform you that Xiaomi has already started beta testing the Android Oreo update for Mi A1 so you can rest assured that you will get the Android Oreo stable update latest by December 31, 2017, which is just a few weeks away from now. 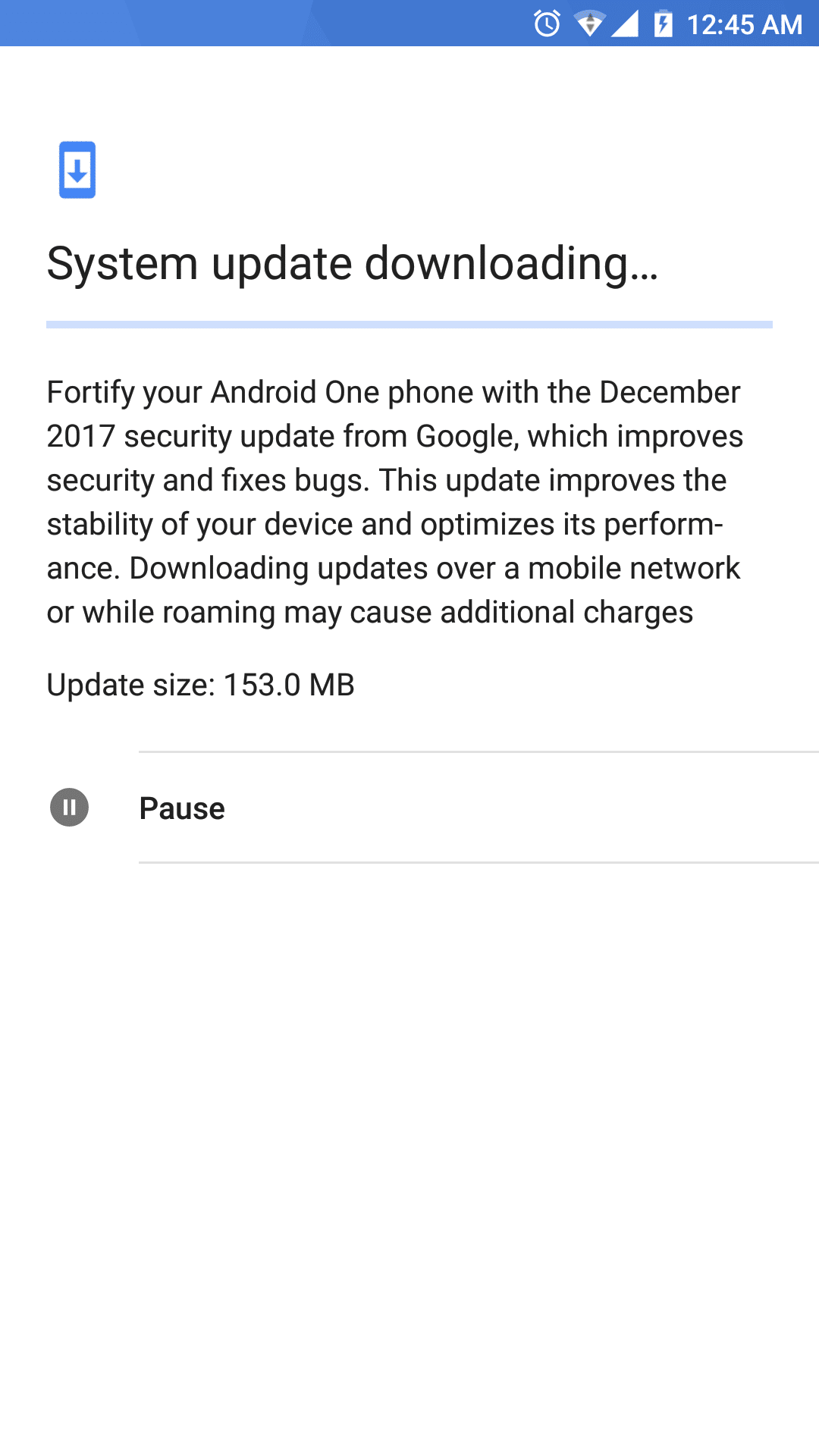 The Update is now rolling out as an OTA (Over-the-air) and many users have already received the update.If you are a Xiaomi Mi A1 user then you can manually check for the update, Go To Settings > About Phone > Software Update and then Check for Update.If the update is available on your device then download and install it and if the update is not showing up then wait for few fore days for the update to come.