This is an official CyanogenMod release and based on Android Marshmallow 6.0 the ROM is currently in Nightly, which means there will be few bugs but don’t worry you will receive updates every day.And remember it is an official build so it is safe to use.

So If you owned a Nexus 6 and you want a close to marshmallow ROM with some extra features then CM13 is the best choice.CyanogenMod 13 is a very clean pure android ROM and with some extra added useful feature and excellent support system.

rootmygalaxy.net will not be held responsible for any kind of damage occurred to your Nexus 6 while following this tutorial.Do it at your own risk.

1.Make sure you have an Unlocked bootloader on Your Nexus 6.For Help Follow this Guide–>>Unlock the Bootloader Of Nexus (same as Nexus 5X)

2.Your device must have custom recovery (TWRP) to install CM13 ROM in it. 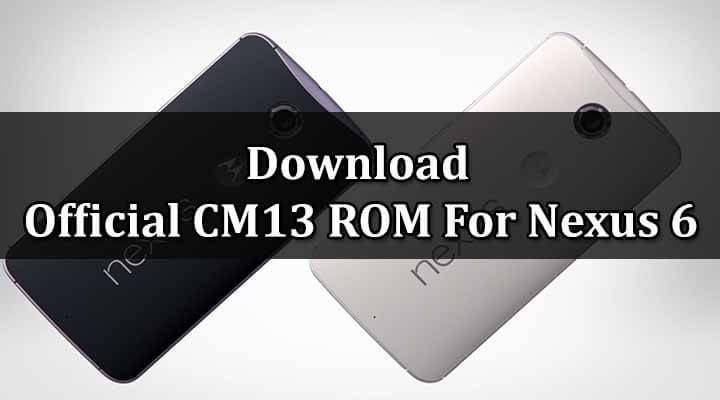