Today, Redmi General Manager, Lu Weibing, took to Weibo to announce that the Redmi Note series has crossed 140 Million sales across the world. Other than announcing the milestone, he also revealed that Redmi Note 9 5G series will launch soon in China. 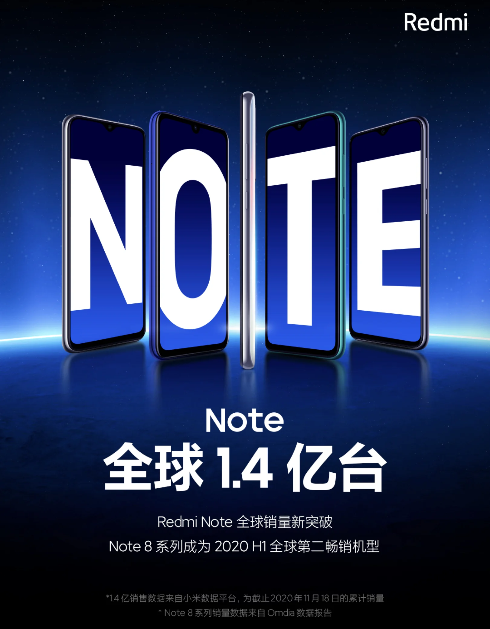 According to the Omdia research, Redmi Note 8 series is the second best selling smartphone series in the world during the first half of 2020. The Redmi Note series was launched back in 2014 and in 2019, Redmi became an independent brand. The same year, Redmi Note 7 series was unveiled and became one of the best-selling Redmi series. As of now, the Note 7 series has exceeded 40 million units worldwide.

Redmi General Manger also said the core values and reasons behind the success of Redmi Note series. He said that Redmi offers flagship-grade features in the 1000 Yuan price segment with information transparency, which gives users the right information about the product and removing all unreasonable premium, and it adheres to offer consistent product quality.

Redmi will soon the Note 9 5G series in China. And, it will be the first Note series smartphones to offer 5G connectivity. Rumors are that the launch date of Redmi Note 9 5G series will be revealed tomorrow.