Sprint Galaxy Note 10 and Note 10+ Get October 2019 Security patch update. After releasing the Samsung’s One UI based on Android 9 Pie, Samsung is literally pushing out software updates quite faster and easily to its devices. The One UI is also very good when it comes to the user experience, interface, accessibility, and look. Currently, Sprint has started rolling out its Galaxy Note 10 and 10 Plus variants with the October 2019 Security Patch level.

Whereas, the T-Mobile, AT&T, Verizon carrier have already rolled out the latest October 2019 patch update for the Galaxy Note 10 series devices in the USA. Though, the company is working on to deliver One UI 2.0 update based on Android 10 OS. But not all the Galaxy smartphones or tablet devices will receive it. Additionally, the October 2019 Security Patch fixes some of the vulnerability issues of Android OS.

The latest software update also brings some of the improvements in the audio via wired headphones along with the October patch to the mentioned devices. Whereas, the Galaxy S10 series and Note 10 series devices previously received the fixes for the fingerprint scanning issue. The issue was quite major that some of the US banking companies were blocked the Galaxy S10 and Note 10 series devices.

The latest update carries software version of ASJ2 and it weighs around 335MB in size. It brings the October 1, 2019 security patch level with audio quality enhancement through wired earphones. Let’s take a look at the update changelog: 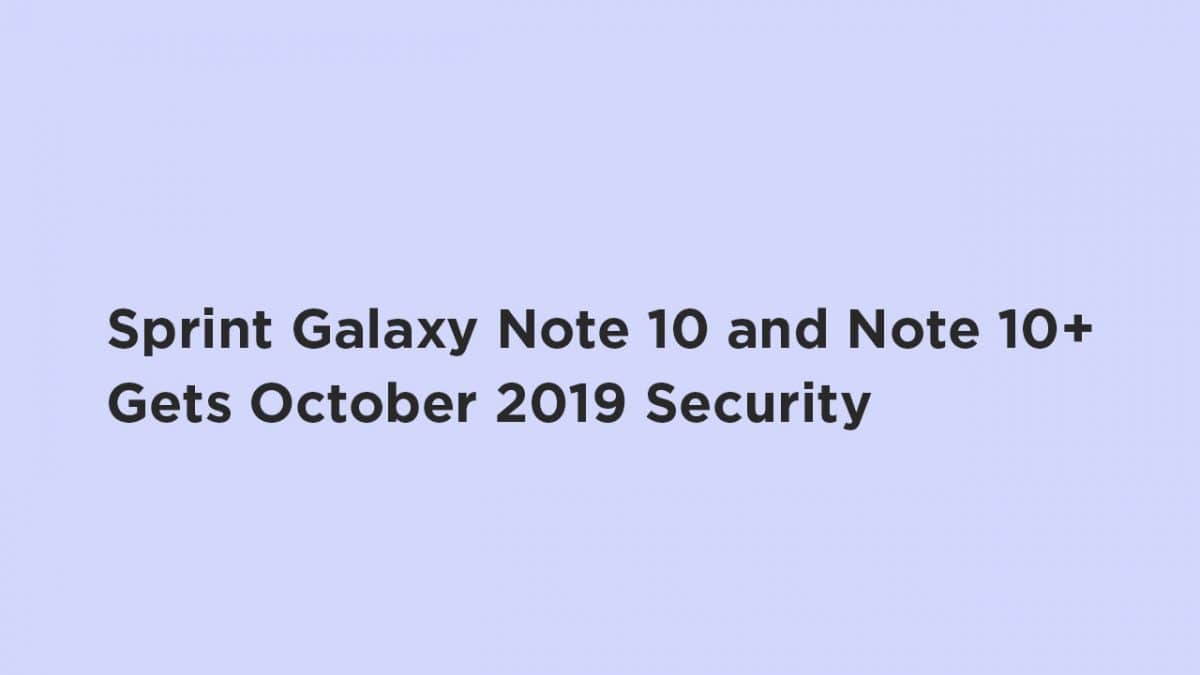 Note that the latest firmware update for both the Galaxy Note 10 and Note 10+ devices has been rolling out via OTA and will take some to arrive completely. If your device isn’t getting the software update yet, you can check for the updates manually.

Hope this article is useful to you. Till then stay tuned.

How to Root Samsung Galaxy A20 using Magisk