The Xiaomi Mi A1 comes with dual camera setup on the back along with Android 7.1.2 Nougat which was the latest version of Android before Android 8.0 Oreo was released. Now, the smartphone has also been receiving regular security patch updates and the device got the October security patch on the phone last month which was released by Google at the beginning of October. Now, the smartphone has started to receive the latest update which is big in size coming in at 1GB. This update brings the latest November security patch on the device along with various bug fixes and security improvements. 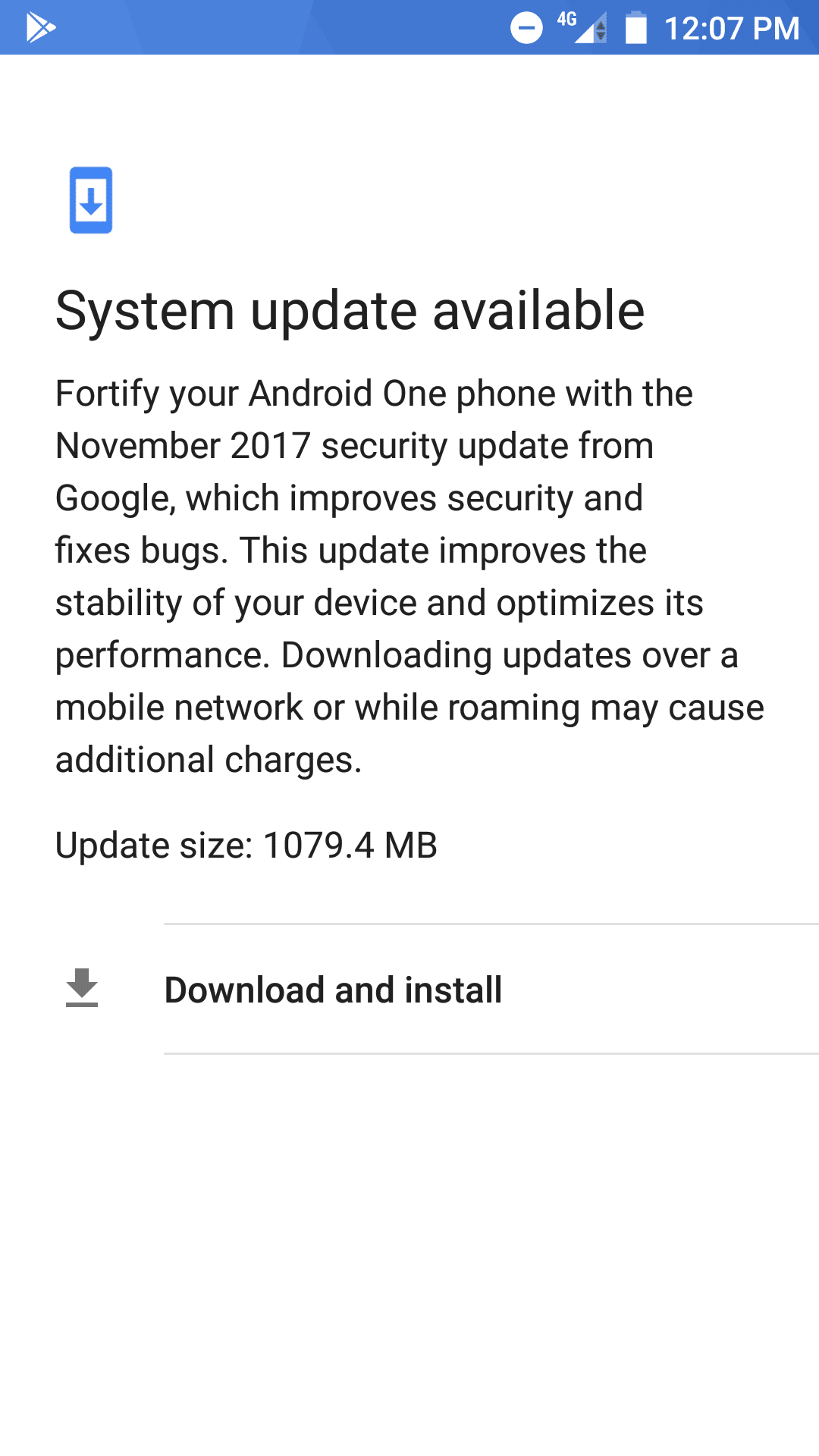 One thing to note with this update is the fact that this update does not include major changes but the size of the update is very big. Thus, it should be considered that this is a pre-Oreo release update which involves many under-the-hood changes before the Android Oreo update is released.

Also, we would like to inform you that one of our sources has informed us that Android Oreo should be released next month for the Xiaomi Mi A1 before December 20 along with December security patch. Thus, you will have to wait a few days to get the Android Oreo update on your device but you should install this November security patch on your phone in the meantime.