Xiaomi Mi A3 and Mi A2 lite users have been asking for the latest Android 10 update for a quite some time now and finally, there is a ray of hope. The device has been benchmarked running Android 10.

There are multiple Xiaomi Mi A2 Lite units spotted on the popular benchmarking website running the latest Android 10. Both the 3GB RAM and 4GB RAM variants of the device have appeared on the site.

According to a listing, the Xiaomi Mi A2 Lite with 3GB RAM and Snapdragon 625 chipset running the latest Android 10 has scored 186 in the single-core test whereas in the multi-core test the device has managed to score 1003 which is a decent score for a mid-ranger. 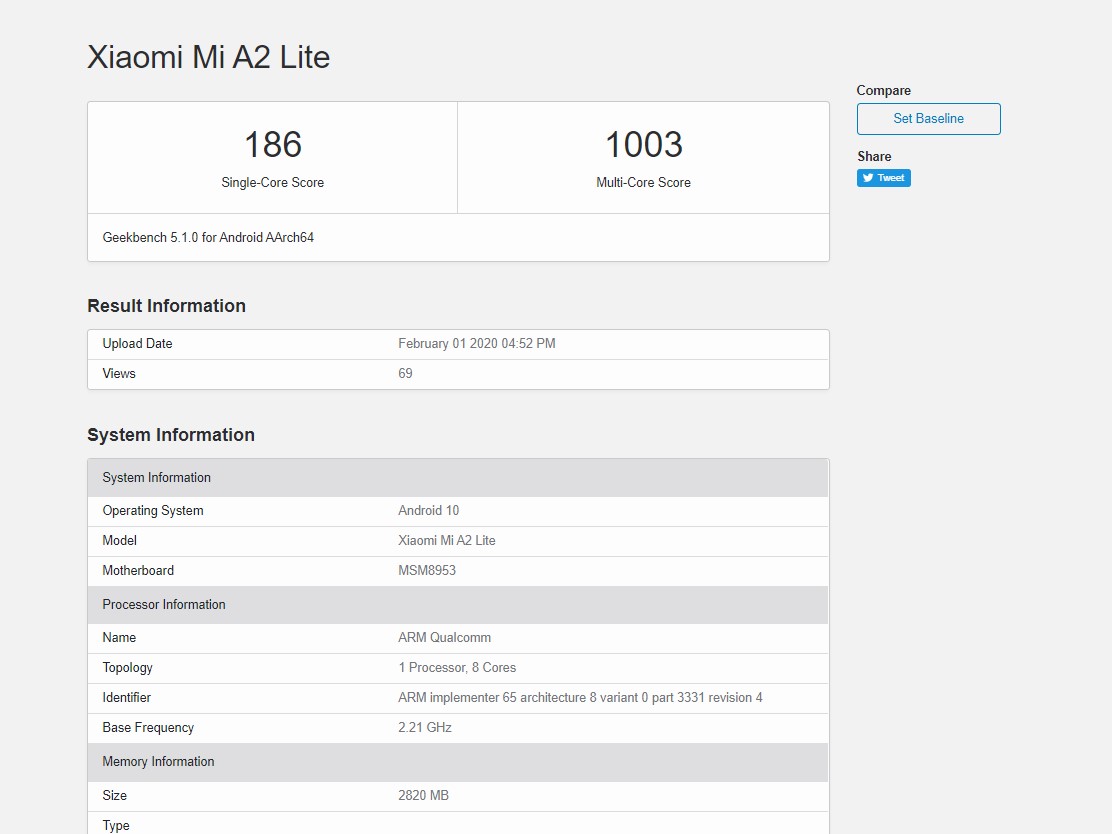